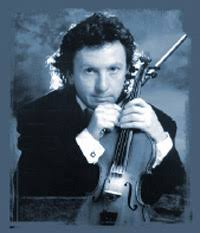 Don't forget tonights folks. Check for tickets first. Frankie started playing the tin whistle at age four, making his first T.V. appearance three years later. At the age of ten years old Frankie began to play fiddle and at the age of seventeen he placed first in the All Ireland Fiddle Competition and in the All Ireland Flute Competition, both on the same day. Frankie is well known for playing with De Dannen, his powerful virtuoso fiddle playing has always been at the core of the De Dannan sound. He has recorded 16 albums with De Dannan as well as a number of solo albums, and three collaborations. He has also guested with The Rolling Stones on their ‘Voodoo Lounge’ album, with Keith Richards on ‘Wingless Angels’ and with Earl Scruggs the great banjo man. Frankie has also been invited to play for numerous State officials including President John F. Kennedy on historic visit to Ireland in 1962, French president Francois Mitterand and England's Prince Charles. Of a special event in America, United States Ambassador to Ireland, Jean Kennedy Smith is reported to have commented that "The best all 'round performance of the entire week at Kennedy Center was by DeDannan."