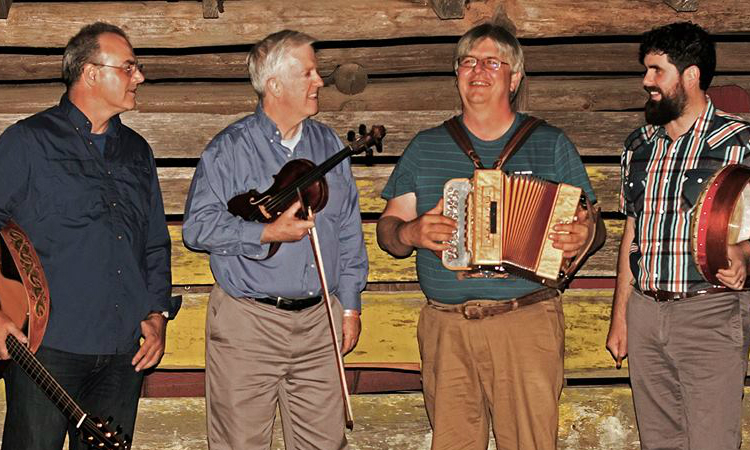 Gailfean is a new band that are currently recording a debut album in New York.  The members are Máirtín de Cógáin, Brian Conway, John Whelan and Don Penzien.They have started a Kickstarter campaign for the album and write the following about the goals and aspirations of the recording.

"Gailfean, a word that means “rough weather” in Irish (Gaelic), is an Irish Traditional music group featuring All-Ireland champions Brian Conway, John Whelan, and Máirtín de Cógáin, and renowned musician and festival organizer Don Penzien. We came together in October 2012 at the O’Flaherty Irish Music Retreat in Texas. Toward the end of the festival weekend, Hurricane Sandy landed in the northeast and prevented the four of us from traveling home. It was a remarkable, portentous moment because circumstance put the lot of us together on stage for the first time and we made good on the opportunity, finding tons of shared ground in each other’s music. The audience was delighted and when our set came to an end, we knew we had something special as a group and that a recording project was the logical next step.

The four of us are all well known in the traditional music community. Brian is a cornerstone of the vaunted New York/Silgo fiddling tradition and John grew up a young prodigy in England, who moved to the US and crossed over to the wild side of accordion playing in the 80s and 90s. Although Brian and John gel like brothers in their playing, they’ve never recorded together, so this project is an exciting first. Don, who for nearly three decades programmed CelticFest in Jackson, Mississippi, is the rare sort of guitar talent who plays firmly underneath the melody and never puts a chord in out of turn. He has extensive performance experience with Máirtín, the man from Cork. Máirtín is a renowned singer, musician, and storyteller – a true seanachaí – who channels his youthful energy and guile to evoke the aromatic images and sensory sounds of old Ireland. There’s a lot to love here, and we think we make a compelling combination!

The album will feature 11 tracks of vocal and instrumental music. The plan is to have it in your hands in time for St. Patrick’s Day, le cúnamh Dé. Have a look to the right of your screen and you’ll see a variety of different rewards and patronage levels to choose from that will help this project launch. We chose Kickstarter as our platform because we want to get people involved. It’s an effective way to garner support and to get the message about Gailfean out there. It also gives you fans an opportunity to get behind the band early and be rewarded for your patronage! We’re really excited about this Gailfean album – expect a lively enthralling journey through the Irish Diaspora with this Bonny Bunch of Roses, Oh!"