It is with regret that German band Cara have announced the departure of piper Ryan Murphy.  In a statement just released Cara have said that "Ryan is sorry to leave the band, but as a member of the band Mànran, as well as Cara, it is proving impossible for him to perform in two bands which are both in such high demand. Cara are delighted, however, to have found a fantastic replacement for Ryan in the shape of a very talented young piper, steeped in Irish traditional music, who is also a pipe maker, able to make and adapt his own pipes. For many years, he has been a fan of the band Cara and their repertoire.
Who is this young man, and where was he found? Incredibly, Hendrik Morgenbrodt is a gem in their midst, from Germany – a real bonus for the band in simplifying the rehearsing and touring process. There will be many opportunities to hear the new line up live across Germany, Europe and the USA 2014". 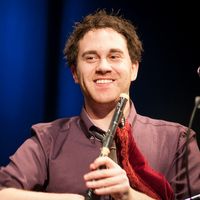 We have covered the work of Cara several times over the last few years up to and including their latest album Horizon which we reviewed in October 2013.  Cara have a unique sound that sets them at the top of the traditional ladder and Horizon was another major step in their musical progression. As a band they have been making music for 10 years and Horizon was their 4th studio album. With each offering their sound has developed and strengthened.

The contribution of Ryan was significant, but such is their strength in numbers replacement Hendrik Morgenbrodt will no doubt fill the void quickly and start to make his own contribution.

A track from the new Horizon album