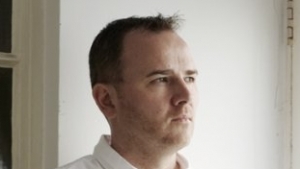 Our track of the week features the work of Gerry Diver who we have highlighted before.  His album was voted in the top 13 of all time by Tom Robinson which you can read about.  You need to listen through the entire track.  We highlighted this album before and it an incredible piece of work by Gerry, both musically and visually, and is worth checking out. It's called the Speech Project which is an album of new compositions featuring exclusive spoken word contributions from Shane MacGowan, Damien Dempsey, Christy Moore, Martin Hayes and Danny Meehan.  Archive interviews from Joe Cooley also feature in the compositions.

The music is derived from the melody and rhythm of the spoken words.  Naturally,  all spoken words has pitch and rhythm inherent within them. Whilst the music borrows from Irish traditional idioms the album is by no means traditional. Using Irish trad ‘snippets,’ Amercian 20th century forms glued together with some of the best known voices in Ireland the music was graciously described by one of the interviewees as ‘a kind of folk minimalism on the cutting edge of folk crossover’

Check out his website for venues and dates here http://speechproject.net/