As a fourth-generation fiddle player, Gerry 'Fiddle' O'Connor knows the value of the shared tune. Having garnered much of his fiddle style from his mother Rose (who played in a céilí band until she was six months pregnant), music was in the blood. "My mother's people are all fiddle players," he explains, "and on my father's side they were all brass and reed people”. 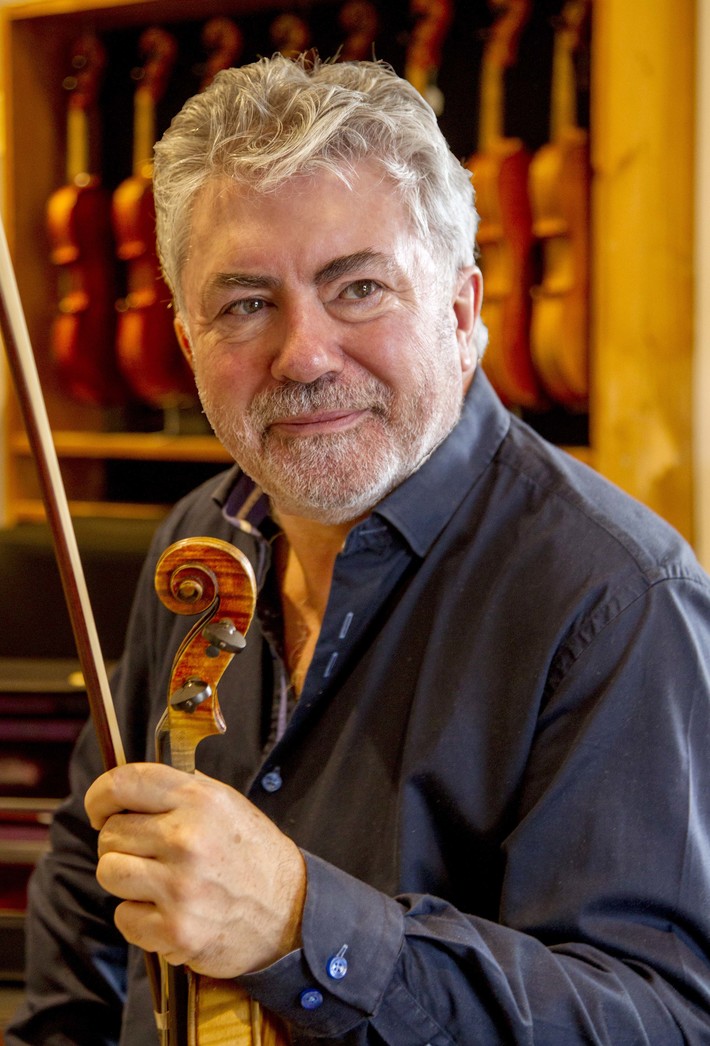 Gerry adds “The CD is connected in a very real tangible way with my production of Cathal’s extensive song collection, ‘As I Travelled this Road’, which itself is linked to a hilarious car journey to a gig in Galway when Breton guitarist Gilles le Bigot asked Cathal for a couple of songs to prime him for the gig. Cathal duly serenaded us with 29 songs before we reached Ballinasloe.”

The album is produced by Gerry’s son Dónal O’Connor and features a veritable who’s who of traditional music - Séamie O’Dowd, Niall Hanna, Neil Martin and Seán Óg Graham amongst others. Gerry’s namesake, Gerry ‘Banjo’ O’Connor also features on one set of American Polkas, aptly entitled StereO Connor. In what is a musical delight, former Skylark bedfellow Máirtín O’Connor joins Gerry on a set entitled ‘The Hawk & the Hare’. “Máirtín and I played this polska when we first performed as a duo together in the late 80's. It is a pleasure to have him play this track, taking us back 20 years!” O’Connor is meticulous in linking tunes to sources, and honouring the musicians who themselves honour and uphold the music. He is a repository of tunes, names, events and it carries a very replenishing image of a musician at the height of creative finesse.

This is the opening track from the album featuring the reels Andy Phaddie's, Claude Flanagan's and Last Night's Joy. Regarding this track Gerry says: "During the compiling of Cathal Mc Connell's Song collection 'I Travelled this Country ' in 2011 many nights were spent in our kitchen in Ravensdale writing out the song texts and noting Cathal's sources of the many songs, he was then recording. In the process of remembering and recording the sources of the songs Cathal was reminded of many tunes he had not played for some time. These three reels come from these many late nights of 'recollection'! Fermanagh born fiddle player Ned Curran was Cathal's source for the first reel. Claude's son, P Flanagan was brought to the McConnell's house by his parents Sandy and Máire to teach Cathal whistle playing in Ballinaleck, Co. Fermanagh. Donegal fiddle player Mickey Doherty was his source of the third reel."

Gerry O’Connor is from Dundalk, Co. Louth, where he grew up in a family of musicians, dancers and singers, all taught at home by his mother, Rose. From an early age, he was involved in Irish music, winning numerous All Ireland awards in a range of duets, trios and céilí band titles. Playing with Michael Coleman’s contemporary John Joe Gardiner in the 1970s shaped Gerry’s style in the form of the fluid, lyrical fiddle-playing of the great Sligo masters. He was a step-dancer too, a grounding which complements his music, imbuing it with vibrancy, a pulsating rhythm for which he is noted, marking him today as one of the great fiddle players of his generation.

He has played and recorded with Lá Lúgh (Eithne Ní Uallacháin, (Sony Music)) and Skylark (Len Graham, Gary O’Briain & Máirtín O’Connor). Lá Lugh’s album Brighid’s Kiss was voted Album of the Year in 1996 by readers of Irish Music magazine, and Gerry’s solo CD Journeyman was rated in the top five Albums of 2004 by The Irish Times. This critically acclaimed recording was heralded as a milestone in the recorded music of the Oriel region of South Ulster.

The album is now on release and can be purchased from  www.gerryoconnor.net or can be downloaded from CDBaby.com

If you are a radio broadcaster you can download a free digital copy from Tradconnect. contact us for details.

Gerry is on tour over the coming months in Europe, Australia and the US.