Getting Jiggy with it - taking trad music to a new dimension 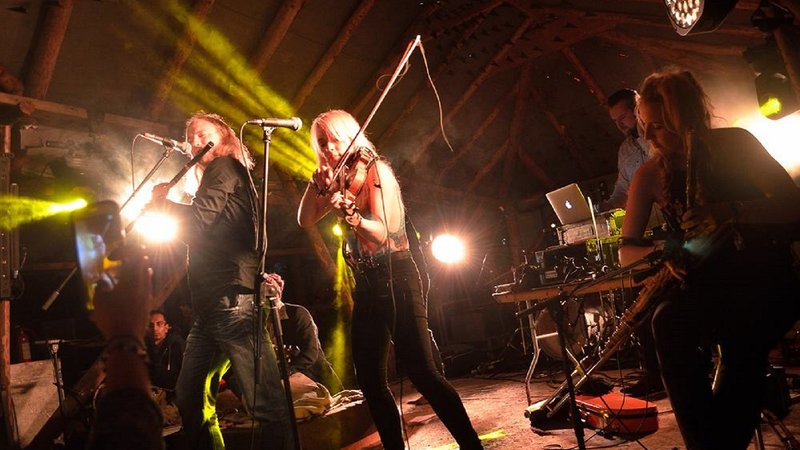 Brian Eno once remarked for the world to be interesting, you have to be manipulating it all the time.

Jiggy is a collaboration of like-minded musicians who merge a deep knowledge and respect for musical tradition with forward thinking innovation in an exciting way that connects with audiences worldwide.

Our version of Irish set dance King of the Fairies has gone viral with 8.5 million views online; it's played on fiddle and is underscored with Irish bodhrán, Indian tabla and a swinging hip-hop beat - this sound became the template for our debut album Translate.

The inspiration behind the Jiggy project dates back to 2007, when I had the great privilege to collaborate and perform with The Dhoad Gypsies from Rajasthan in concerts around Ireland. While performing together, I was struck by the folk rhythms of Rajasthan and how well they suited traditional Irish dance music. Using Irish traditional music as a starting point, I set up Jiggy to explore Indian grooves in tandem with the high-energy trad beats, while adding a dash of dash of modern textures.

Jiggy is a diverse collection of musicians from backgrounds in, traditional Irish, Indian folk and electronic dance music. Irish musicians Éamonn de Barra, Daire Bracken, Aoife Kelly and Éamonn Galldubh, Indian musicians Koushik Chandra Shekar and Debojyoti Sanyal and Sarode (Indian lute) player Matthew 'Mattu' Noone from Australia. To oversee production and mixing, we brought in Dublin-based dance music producer Mark Murphy to work on the album. Mark added a fresh contemporary feel to the project - we didn’t want it to be a po-faced exercise in worthy global fusion. Jiggy is about colourful music for dancing and perhaps most importantly, good old fashioned fun and creative energy.

Over the last year in studio sessions in Dublin and Mayo, we recorded the album while at the same time road-tested the music in front of festival audiences at events like Knockanstockan, Down with Jazz, Hotter Than July and Temple Bar TradFest - it was really important to play the tracks we were working on to audiences who were not familiar with our sound. As the album took shape, we invited guest vocalists Síle Denvir, Eoghan Ó Ceannabháin and Breda Mayock to add their voices to the mix, along with a number of guest musicians - finding the sonic sweet spot was a colective effort.

The one rule we had is that the music must never feel forced; whether playing exhilarating tunes with epic beats, mellow tunes over down-tempo grooves or languid airs, we wanted the various elements and textures to enhance and add the overall musical landscape. While there will always be critics dismissing people messing with traditions, we feel we are following a well-worn path led by innovators like Marxman, Martyn Bennett and Afro Celt Sound System. We don’t claim to be making a statement, instead introducing the listener to sounds and textures that work well together musically.

If we find the sonic juxtaposition of vocal lilting (port a’ bhéil) and Indian Konnakol (Indian rhythm language) exciting, then perhaps the listener will too.

Translate by Jiggy is out now - more details here.

Visit RTE Culture for more information on music and culture in Ireland.