One thing that can be said about Harry Bradley is his unyielding dedication to traditional music.  From his childhood in Belfast in the 70’s and 80’s when playing traditional music would have taken extra resolve compared with the present day,  he has steadfastly contributed more than most.  This dedication to his art has stuck with him down through all those years and in many ways supports his creative and forthright view of the tradition.  His output is equally impressive with four solo flute albums, a duet recording with Paul O' Shaughnessy and a trio album with Jesse Smith (fiddle) and John Blake (guitar/piano/flute) entitled The Tap Room Trio.  He has toured and recorded with Altan and toured with many other leading groups.  He also maintains an online uilleann piping diary called The Errant Elbow with close to 200 tunes in its archive.  Each comes with notes, variations, alternative settings and commentary demonstrating a man who freely gives back to anyone who cares to listen.

Little wonder then that the Gradam Ceoil TG4 award came knocking on his door. “I was very surprised” he says.  “I simply wouldn't put myself up there in the bracket of the previous winners”.

The Gradam Ceoil TG4 awards are unmatched in this country.  They honour musicians for their contribution to the traditional arts and do so in a non-commercial manner. TG4 Deputy CEO Pádhraic Ó Ciardha recently said that "the Gradam Ceoil is unique in honouring a wide array of major figures in Irish traditional music during their lifetime and away from the competition platform". 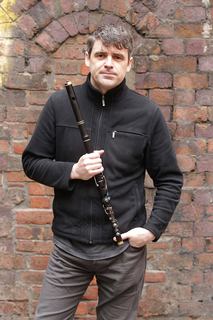 Harry openly acknowledges the great work done by Gradam and their contribution to a way of life that is so important to so many people.  “I think the Gradam ceremony covers it pretty well” he says.   “It’s a very positive development.  I suspect that the vast majority of ITM practitioners don't need recognition as the real reward is in playing and enjoying the music. It's great to get a bit of recognition, but we'd likely just keep on doing what we do anyway because it's good fun and truly great music”.

He’s in good company this year and we ask if he has played or collaborated with many of this year’s other recipients that include Bryan O’ Leary, Chris Droney, Mick Moloney,  Nan Tom Taimín de Búrca and the trio of Emer Mayock, Mick O’ Brien and Aoife Ní Bhriain that won a Gradam for their “Tunes From The Goodman Manuscripts” project.

“I've played a bit with Mick O'Brien and Emer Mayock, and I've had the pleasure of hearing Nan sing on several occasions, but I hadn't had the chance to play with Chris Droney and Bryan O'Leary before.  After the launch of the Gradam awards in Dublin recently I had the chance to play music into the wee hours with Bryan.  He's a great player, and a very decent young Irish man. I'd heard a lot about him and wasn't disappointed when I met him. We tore it up in a pub in Inchicore; big tunes, with our old friend Leonard Barry, the Kerry piper. One of the most enjoyable evening's tunes I've had in a while”.

His latest solo album called The First of May has just been released to critical acclaim.  Nearly every review refers to his distinctive style which we ask him about.

“I suppose it's a rhythmic style defined by laying down accented rhythms with pulses in the breathing” he says. “Also, it was always a thing in Belfast to play with a good tone and get a big sound out of the flute... there might have been a dozen flutes in some of the Belfast sessions, so we had to be able to hear ourselves!”

He was first inspired to play the flute by a Belfast flute player and singer called Neol Lenaghan. “Not only is he a great rhythmic player (that's what attracted me to the flute, the rhythm coming through the breath), but a great man with a brilliant sense of humour and a laugh that rattles windows.  He still inspires me. I listen to pipers mostly now, Seamus Ennis being probably the most influential. The depth and intelligence in his music is breath-taking.  John McKenna and Tom Morrison are my favourites to listen to on flute, but more recent players like Sean Gavin, Dezi Wilkinson, Gary Hastings and Michael Clarkson, among others make me want to play”.

Things of course have moved on from those days when inspiration and learning came directly from the old hands and masters of the music.  Is there a chance that we will lose the run of ourselves and forget where the heart of the music is?

“We have to keep it real” he says. “It has a set of well-tested and very intelligent aesthetic principles, but often people want to present it as a free-for-all, generally people who want to exploit it in particular ways. We should remember that it is human culture, arising and inseparable from human experience, it's not just a dead body of old music to be plundered for material: it is the very tangible real 'stuff' of our people”.

Harry feels that once it starts pandering to markets and shallow fads and trendy notions (like 'innovation' or 'pure drop') then it quickly becomes sort of lame. “There's a good bit of lame music about” he says, “but I won't waste my breath talking about it.  There's enough great music to talk about like Jesse Smith, Mick O'Grady, John Blake, Sean McKeon, Liam O'Connor, David Power, Jimmy Cananvan, Sean Gavin, and that Gannon fella in Connemara, Mary Bergin, Alec Finn, and the great Tommy Peoples and the Roscommon Carty’s, and the Campbells in Donegal... and all the great musicians and characters we're lucky to have.  They are hearty people who love what they do and don't apologise for it to anyone”.

On the moments in life that really stand out - he has enjoyed playing music with people like Paddy Mills and Peter Horan and Ben Lennon.  Also he cites the days he spent playing for people around Sligo and Leitrim and Roscommon who he feels have a real memory of the music. “It means a lot to certain people and I love playing tunes for them.  That and hearing Jimmy Canavan singing in Connemara.”

He references his youth in Belfast when people played in the city centre despite the risks.  “The Belfast I grew up in was very different to the Belfast of today” he says. “The city centre was largely a deserted no-man's-land at night after the shops had shut. Yet people still congregated in city centre pubs to play music and kept a pulse going in the heart of the city, often when it was considered risky to do so.  I think it's so important that they did that: they didn't give in to the atmosphere of intimidation”

“In a very direct sense I think traditional music contains the great creative intelligence and the senses of joy, loss and resilience of the Irish people. Also, it's a minority music, the music of the dispossessed that has come down to us despite all sorts of social and cultural traumas.  I consider it at this stage to be protest music, because the very nature of the core tradition is an integral human process in a world which increasingly would dehumanise people, seeing them only as consumers, and their culture as 'product'. It's very important that we put manners on the sort of shit heads who would sell us down that route. It seems to be increasingly acceptable to look at indigenous culture like ours in that way, but it's thoroughly misguided and foolish. Irish music is people music, it is human and humane. It is not, for example, warplanes in Shannon airport. The culture of Clare is so much better than that”.

And so Harry will take to the stage on 12th April as part of the award ceremony with young and old.  On the night he will hand over some of the limelight to friends and heroes that have travelled the roads with him.

“I'll be playing a flute set with the northern flute players Brendan O'Hare, Tara Diamond, Davey Maguire, Brendan O'Hare and Michael Clarkson, all flute players that have inspired me over the years and who are old friends. I'll also be doing a set with Jesse Smith, John Blake, and Colm Gannon, a sort of souped up version of our group, The Taproom Trio. That'll be fun. I plan to have a bit of a laugh with my mates and family members on the night. My Ma and Da are coming down from Belfast, so I'm looking forward to them getting a bit of a night out of it too”. On the same stage will be some younger musicians like Bryan O’ Leary who are starting down their own path in music.  What advice would he give the next generation if asked? “I'd say that I trust them totally, and simply to follow and strive for what they think is great in the music regardless of whether it is currently trendy or not. I would say too, to just use your great intelligence and imagination; think about the Ireland where you would be happy to stay and live in, a fair place that looks after its people first and where people educated here are educated to get jobs here, or whatever. There's a lot to be angry and critical about in Ireland, and young people have been brought up hearing awful stuff about the Irish political system, but, we can get bogged down in the negatives, so I think it's good to clearly imagine a better Ireland, and then it'll happen, and we can all hang out and play tunes together and they can buy old farts like me pints! It might take a while, but it'll happen if we use our wits and speak up for ourselves and each other.

Will he participate in the post ceremony sessions, or what are his ambitions for the 12th April when the awards are out of the way?

“I'd like to wake up in a lukewarm Jacuzzi in a tuxedo with a half bottle of flat Champaign in my hand. It's a sort of ambition of mine. Maybe the Gradam night will be the night”.

This year’s awards ceremony and Gradam Ceoil TG4 Concert will take place in the UL Concert Hall, Limerick on Saturday, 12th April.   The concert, hosted by Páidí Ó Lionáird and Muireann Nic Amhlaoibh, will see the 2014 Gradam recipients joined on stage by their special musical guests. It will be recorded for broadcast on TG4 on Easter Sunday, April 20th at 9.30pm and promises a unique, star-studded line-up of musicians and award-presenters alike.  For more information visit www.gradam.ie