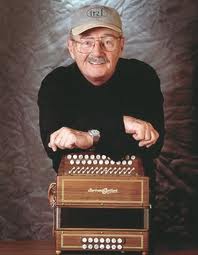 Thanks to Tradconnect member James Donoghue for highlighting this documentary on accordion player Joe Derrane from Boston.  We saw it some time back and it is worth adding into our blog archive. Joe was born in "Boston, Massachusetts in 1930 and is the greatest exponent of the D/C# system diatonic accordion."

"Derrane's parents were Irish immigrants. His father played accordion and his mother the fiddle. At the age of 10, young Joe began playing a one-row diatonic button accordion or melodeon, taking lessons with Jerry O'Brien, who had arrived from Kinsale, County Cork, Ireland. By the age of 14 he was performing at the thriving "kitchen rackets" (house parties) on the Boston Irish scene. He soon upgraded to a 2-row D/C# accordion (the standard "American Irish" tuning of the time), and by the age of 17 was a leading musician in the Irish dancehalls on Dudley Street, Roxbury. This brought him exposure on radio. In 1947-48 he recorded eight 78rpm singles (16 sides) of Irish dance tunes, which were widely admired for Derrane's vigorous, accurate and highly ornamented playing.

This review of his life and times produced by TG4, Ireland's Irish language television channel, is a pure joy to watch, a wholly humanising experience, as the presenters lead us down so many memory lanes in Boston itself and ending in a fine and fitting way on Inis Mór, one of Galway's Aran Islands, where Joe had the pleasure of being truly at home among his own folk. Great television in any language." Source YouTube