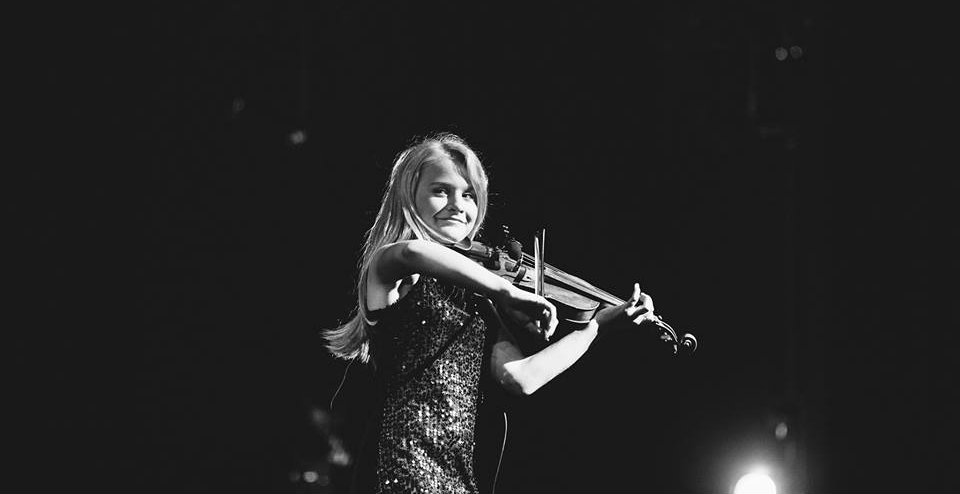 Welcome to the Tradconnect Official Album Launch Series.  For members and readers this series of articles will introduce you to a new traditional album for the first time. We are working with artists to bring a little bit more excitement to the “online launch”.  The first time you share a track from a new recording with your fans and audience is important and we are delighted to be the first in highlighting these new releases.

Much has been said about New York fiddle sensation Haley Richardson over the last few years. Her talent became evident at a very early stage to New York fiddler Brian Conway who inspires, and usually at some point teaches most of New York’s up and coming players. “I first heard Haley play at the ripe old age of six at a fleadh in NY, and immediately knew this young lady had talent.” he says in the liner notes to Haley’s debut album. Brian goes on to say that her playing “is infused with an integrity that comes from disciplined hard work and unwavering focus on one simple goal : to play the music with a traditional Irish sound.” For this launch we introduce a track from the new album and talk to both Haley and her mother Donna. Haley’s initial inspiration came at the age of four when she attended a Kevin Burke and Cal Scott concert and Donna recalls those early years and that concert in particular.

“Haley told me she wanted to play violin when she was two” she says. “She started classical violin lessons around her 3rd birthday. We didn't know anything at all about Irish music. A couple of months before her 5th birthday, I saw a sign in the local library advertising a Kevin Burke concert and thought it would be nice for her to hear another style of music played on violin. Haley sat in the front row, enthralled by the music and said, "I want to play that." At intermission, she begged me to buy a CD and Kevin's How to Play Celtic Fiddle DVD. We played the CD all the way home and the next day I put the DVD on and left her in the room with her fiddle. A few minutes later I heard her playing the first tune.”

“I think what has held her attention, besides the music itself, is the community of people who have come into our lives through the music. Through sessions, lessons, camps, workshops, and performances (hers and those of other musicians) we have met so many amazing, friendly, and encouraging people who have all played a part in Haley's life.”

Haley herself says “I don't remember what exactly inspired me to want to play, I was 4 at the time so the memories are vague. My love for the music now, is having the freedom to do what you want with the tune as far as variations, ornamentations, and bowings go.”

That was the start of a journey that brought her into the traditional community and an array of household names that nurtured and encouraged her. Producing a debut album of such maturity within 8 years is still an exceptional feat. We live however in an era when recording an album is a lot easier and we asked Donna how the idea of the recording came about. 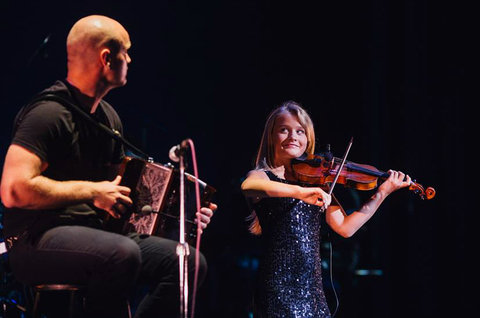 A little over a year ago, John Whelan, whom they have known for years, invited Haley to perform with him and his band. This became a regular occurrence and it resulted in John offering to produce an album.  Donna recalls that at the time Haley was still playing a 3/4 size fiddle so they both felt it would be better to wait until she grew into a full size fiddle.

“Haley grew and we found a full size fiddle she likes this past fall and John again brought up the idea of doing a recording.” Donna says. “Haley was excited about the possibility because for the past couple years we have had people attending her performances asking if she had a recording, so we took John up on the offer.”

We ask about the session scene and how many they get to attend. After taking up traditional music she became a regular session goer and these days attends at least once a week. “There are many sessions in Philadelphia and the surrounding area I attend whenever I am able” she says. “I also attend sessions in New York when possible and whenever I am traveling I try to find sessions to visit as well.”

Accompaniment on the album is from brother Dylan with the exception of one track that features Flynn Cohen.  “Dylan and I have been playing together for about eight years” she says. “We started when I was five.  I decided to play in a local talent show and Dylan wanted to play with me. We practiced a couple tunes together and performed. We have been playing together ever since. We also like to write tunes together with Dylan playing chord sequences and me adding a melody on top of it.”

Produced and Recorded by : John Whelan