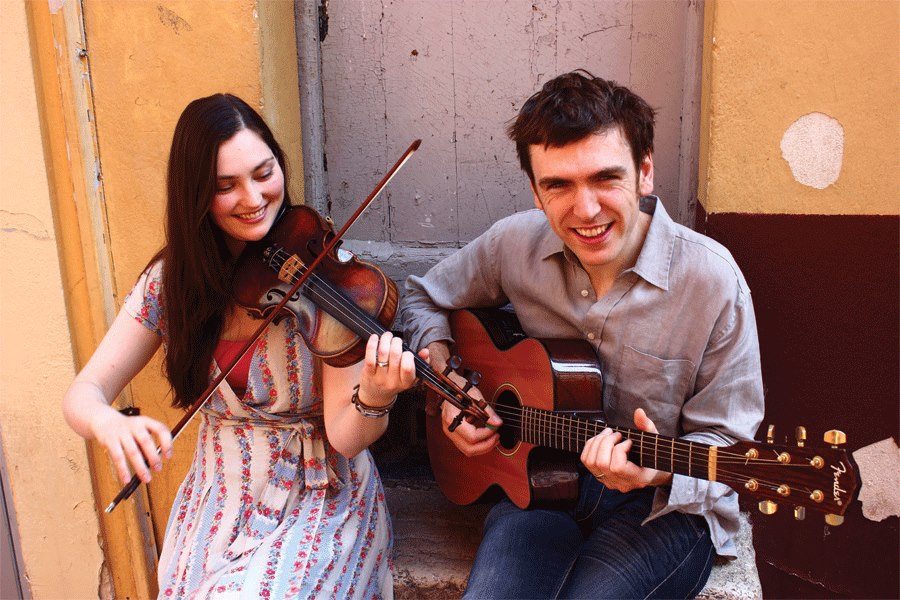 Press Release : Ballymaloe Grainstore is proud to present Happiness Is Being Together,  a one-off evening that brings together three of Ireland's finest musicians, Zoë Conway and John McIntyre with special guest Lisa Hannigan, on Sunday 14 June at 8pm.

Lisa's friends and colleagues, Zoë and John, have lured her from a London recording studio to make music at Ballymaloe Grainstore for one night only.

Zoë Conway and John McIntyre are the husband and wife folk duo known for their exciting blend of eclectic fiddle and guitar music.  Lisa Hannigan is well-known to Irish and international audiences as a versatile and sensitive singer, songwriter, and recording artist.

Happiness Is Being Together performances will include highlights of Go Mairir i bhFad (Long Life To You), Zoë and John's most recent critically-acclaimed album which received five stars from The Irish Times.  The album consists of  commissioned compositions from some of the most prolific and acclaimed living composers of Irish music, including Bill Whelan, Michéal Ó Súilleabháin, and Tommy Peoples.

One song that will surely remain in the audience's collective memory for years to come will be Lisa, Zoë and John's a capella arrangement of Anahorish, a poem by the late Seamus Heaney put to music by Lisa Hannigan.   The three musicians premiered it at A Celebration, a night of national and international artistic contribution in memory of Seamus Heaney in the National Concert Hall.

Zoe and John bring to the stage sympathetic arrangements of traditional Irish music, compositions and songs, old and new.  They have been described as “simply one of the best folk duos on the planet” (BBC), and audiences in Ireland and beyond keep coming back for more.  They have performed for rock stars, millionaires and dignitaries around the world, including Irish Presidents Mary Mc Aleese and Michael D. Higgins.  They were awarded ‘Best Live Show’ from popular YouTube channel, Balcony TV, where they received more than 250,000 views.

Tickets for Happiness Is Being Together: Zoë Conway and John Mc Intyre with special guest Lisa Hannigan on Sunday 14 June at 8pm are €25.   Early dinner (6pm) in Ballymaloe House and a ticket are €70.  Book on www.ballymaloegrainstore.com or 021 465 1555.