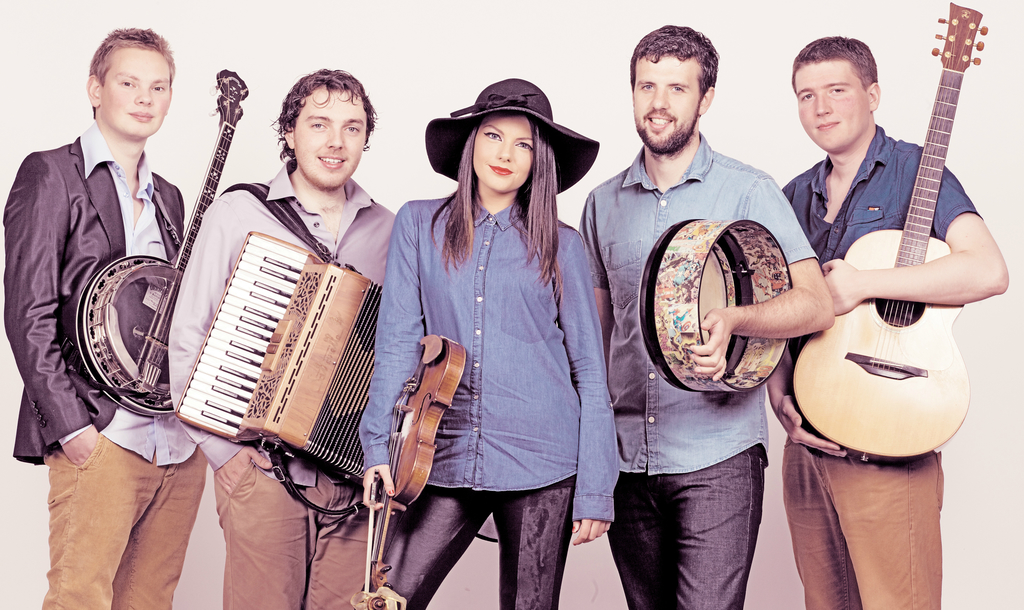 Album Launch : “Chance plays a part in all our lives and is always certain to feature in the music business,” according to Goitse on the release of their new album. After five years touring the world, Goitse acknowledged the role of lady luck by releasing ‘Inspired by Chance’ as the title of their latest studio album at the end of April this year.  Today we make the album available to over 90 radio broadcasters as a free download as part of our Download Centre.

Goitse say that the truth of the title may not have been fully clear to them, until the launch night audience reacted to Áine’s rendition of ‘The Hills of Sweet Lislea’, a song penned by Finbar Magee about a WW1 soldier.  Having been impressed with Áine’s rendition of  ‘My Belfast Love’ on an earlier album, Magee penned ‘The Hills of Sweet Lislea’ with a Goitse treatment in mind.  The poignant story, based on archival letters from the trenches to loved ones back home, is given the most sympathetic arrangement; a timely release as the centenary of the Somme approaches. Her assured handling and emotional investment in the song and the sentiment it expresses shows once again how far Goitse have come over the last few years.

We include The Hills of Sweet Lilea as our sample track.

'Inspired By Chance' is their fourth studio album and it reflects all of the unexpected inspirations that have brought the band to where they are now. Self-produced, and recorded with Seán Horsman in Ephemeral Studios in County Galway, the album definitely reflects a certain maturing that the band has gone through. There is a good mix of songs, traditional melodies, as well as more contemporary Irish music on the album. 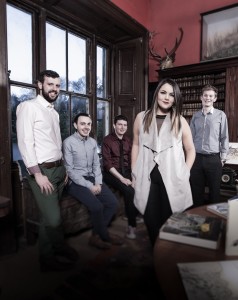 In addition to The Hills Sweet Lislea' the band include an Irish language song, An Bonnán Buí, that tells the story of an alcoholic who comes across a yellow bittern who died of thirst by a frozen pond. The alcoholic draws parallels between the deceased bird's struggle and his own, but in the end declares that there is not much point abstaining from drinking now, as there will be none to have after his death.

As far as the melody tracks go, there are two cracking sets of reels in Banjoman Button and First-Class Bananas. The latter was inspired by an unexpected free upgrade to first class that had the band very excited until they found the only perk to be a free banana for the journey!

They say that a track called Serendipity sums up the album's sentiment in a way. The first tune on the track came about when James Harvey, the banjo player with the band, started playing a riff backstage at a concert, while Áine started to improvise melodies over the top which eventually moulded its way into a tune. The track then launches into a contemporary tune composed by fiddler Tola Custy, before jumping into an traditional polka from the Goodman Collection. Jigs, slip jigs, slides, flings, clan marches and three-twos make up the wide variety of tunes on the rest of the tracks on the album to great effect. Overall, lively yet mature tune arrangements and a mix of both sentimental and uptempo songs result in a mature, powerful, and rocking sound.

The album is now on release and can be purchased from the band’s website www.goitse.ie or downloaded from www.cdbaby.com/cd/goitse

Mastered by Jon Astley, Close to the Edge Mastering

All tracks arranged by Goitse

Goitse have done a beautiful job on The Hills of sweet Lislea.  Very sensitive and supportive to the song - the sign of real pros