In Conversation with JigJam about their new album 'Oh Boy!' 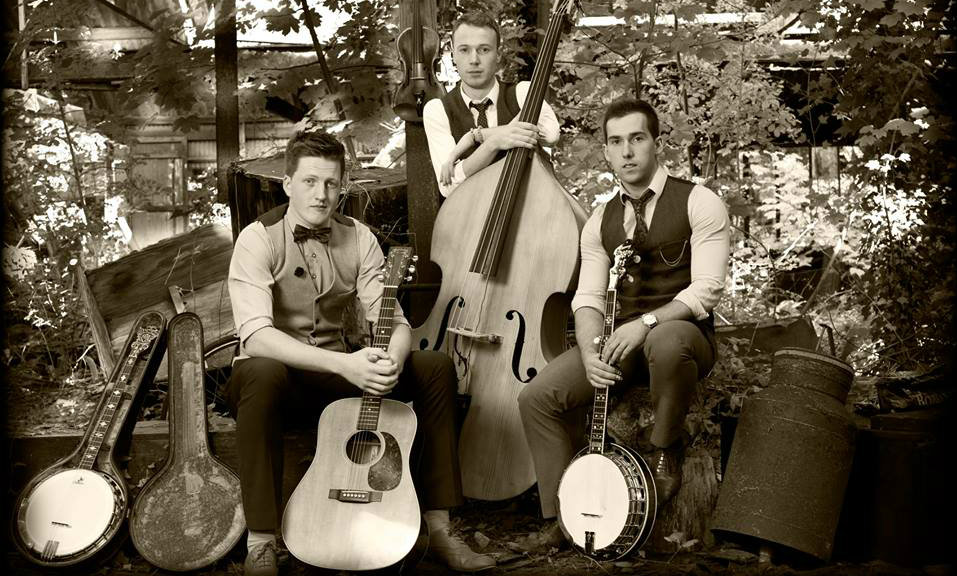 Earlier in the week we we spoke to JigJam guitar and banjo player Jamie McKeogh about their debut album called Oh Boy! He described their music as ‘a fusion of bluegrass and trad with contemporary influences. We would also be classified as a folk band as we sing a great deal of songs’ he said. The album has just been released and it includes a mixture of songs and tunes of both Irish and bluegrass origin, with their own influence firmly stamped on each and every track.

‘We originally started as a 5 piece party band playing mostly mainstream covers at the weekends’ Jamie explains. ‘We lost 2 members due to work commitments and since we've become a 3 piece we decided to take things more seriously and play more of the stuff were really interested in. As two of us are originally trad players and one is a bluegrass player we combined our styles to create our own fusion. When deciding to play our own unique style we based it off some artists who have influenced is such as Punch Brothers, Nickel Creek, We Banjo 3 and many more. We all have a huge interest in both trad and bluegrass so we try to use ideas from both whilst involving a modern twist when arranging our sets’.

We put it to Jamie that this mixing of styles gives them more scope when it comes to  the type of audiences that they can attract.  The inclusion of popular songs such as Riptide by Vance Joy on an album of traditional and bluegrass sits very well.  There has been a recent trend towards the inclusion of more modern, non traditional songs on albums by many of the younger groups around.

‘Yes I would say that we attract a wider audience than just trad people for a few different reasons’ he says. The fact that we incorporate real hard driving bluegrass definitely broadens our audience as it reaches into American fields and beyond. Also our incorporation of modern popular songs such as the above referenced 'Riptide' attracts the general music lover in Ireland rather than just the trad head which is important to us. We would play predominantly songs in our set with some tunes here and there, which again attracts a larger audience as truly only real trad lovers will listen to tunes for a full gig. As a result I think we can try and spread our wings further than just trad circles, well that's the plan anyways!

JigJam have just launched the album in their home town of Tullamore and it went really well. They plan to launch it again at Bunratty Winter Bluegrass Fest in January and hopefully a few more times in early 2015. They are mainly playing pub gigs at the moment but with the undoubted success that this album will bring, they will be quickly on the festival circuit both here and in the US.

The album is now available on www.cdbaby.com/cd/jigjam