Their debut titled Round #1 features 11 tracks that mix traditional tunes with some classic songs. Recording the album took quite a commitment from all four musicians with Dara and Mick taking a career break from their day job as primary and secondary school teachers. Joseph and Sean were recruited to complete the lineup.

We spoke to Dara about their musical influences. He said they draw a lot of influence from the music of the Flanagan brothers who played their music in New York in the 1920s and 1930s. “The fact that myself and Mick are brothers and play the same instrument combination as the Flanagans added to our initial intrigue with their music. Mick learned a lot about their music from his time playing with the ‘Brock McGuire Band’. During this period Mick also met and performed for the surviving relatives of the Flanagan brothers. Paul Brock and Manus McGuire are fountains of knowledge on the music of the Flanagan’s and have been incredibly influential in bringing their music to a bigger audience. The energy in their music is infectious and is something that we endeavour to bring into our own music. Additionally, all of the band have been heavily influenced by the music of Máirtín O’Connor. I remember getting his album ‘The Road West’ as a gift for Christmas as a child and being blown away by his creativity and virtuosic playing.

The album includes a lot of compositions by present-day musicians including ‘Mouse in the Kitchen', a composition by fiddler Colin Farrell. 'Rocking the Boat' is another well-known composition by Máirtín O’Connor. Dara said: “I brought this tune to the band as I felt the natural drive in the rhythm of the tune was in keeping with the style of the band. Once again, this is the last tune in a set of jigs. The previous tune in this set is light in character and showcases the fiddle and banjo with an underbelly of box chords and guitar accompaniment. Joseph added driving bodhrán rhythm to 'Rocking the Boat' which builds the vibe of the track.

'Lough Mountain' is another reel which they collectively decided would work well in a set with a March called ‘The Slug’ which Dara composed and a Jig in E minor. We include this track above. We all knew that Lough Mountain would be a great fit to complete this track. The track once again builds in multiple ways, both in tune type and instrumentation. Lough Mountain itself starts quite gently and eventually develops into a driving melody line with strong accompaniment. This was one tune which we felt the bass guitar would work particularly well on and it sets the tone for the tune from the beginning."

"Carna Czardas is another composition by Máirtín O’Connor. We found this particular tune appealing due to the almost frantic nature of the melody. Carna Czardas also has a great natural driving rhythm in the melody which we felt would suit our band from a stylistic point of view."

"Fleur de Mandragore is a tune which we heard initially from the music of the great band, Lúnasa. It was a tune which we felt we could put our own unique stamp on. In our version, you will hear elements of Bluegrass infused into the tune, particularly evident in the final section." 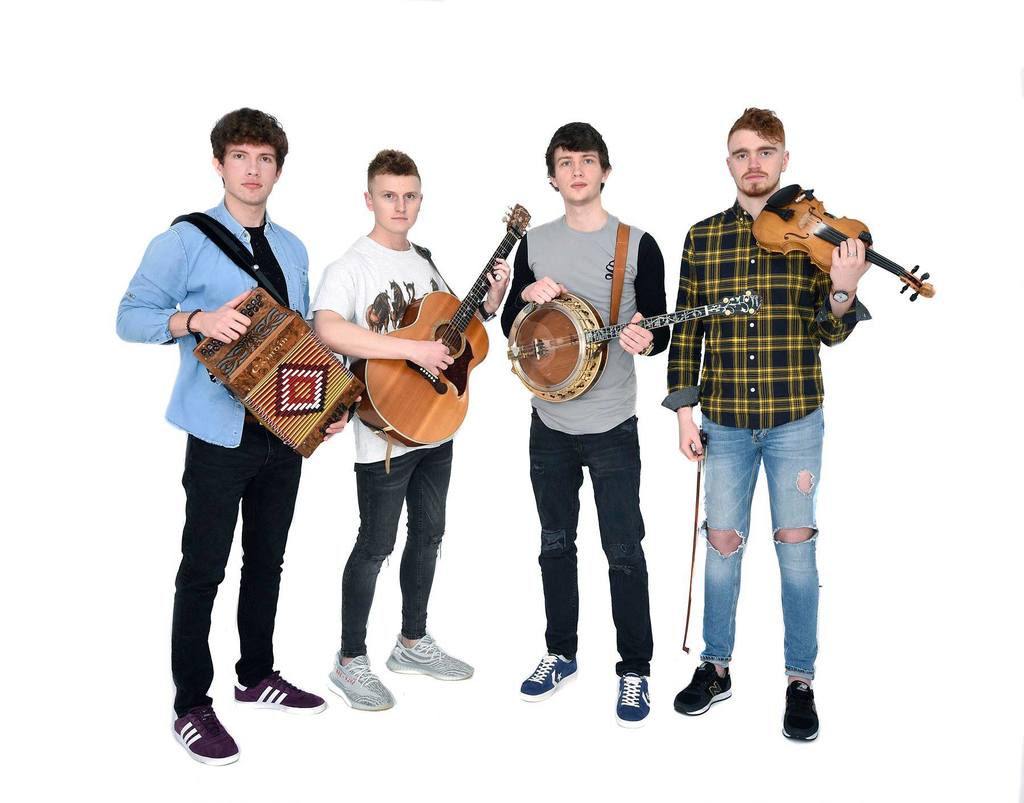 The band have also developed a live set which includes more songs that are featured on the album. With four singers in the band, it opens up a lot of possibilities for them in terms of song choice and arrangements. At the moment, they are also working on original songs which they will be performing in their live sets.

For more information visit www.boxingbanjo.com where the album can be purchased. You can also download the album from CDBaby.com