Insight : An interview with Séamus McGuire of Buttons & Bows 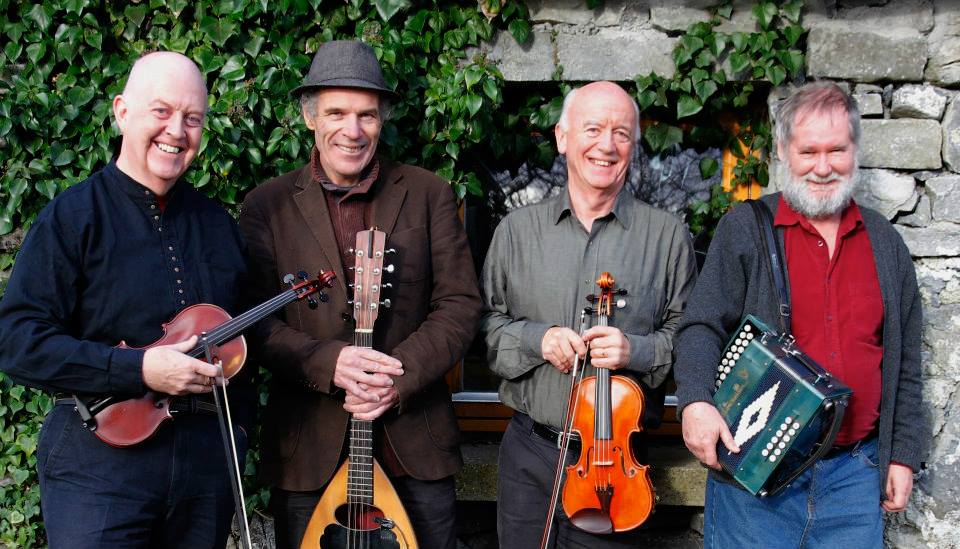 In August this year we launched the new album by Buttons & Bows on Tradconnect, and added it to our Download Centre where broadcasters can download it for free.  It’s their first studio recording in 24 years, and includes a mix of both traditional and contemporary material. At the time of the launch we spoke to Séamus McGuire about the band, the album, and why it took a few years to get back into the studio. He explained that they had a bit of a lull in Buttons & Bows activity due to some of the members becoming immersed in busy careers outside of music.  Despite this, music continued to be an important part in all of their lives and they never stopped playing.

“Individual band members also became involved in other diverse music genres” he explained.  “For example I play violin with The West Ocean String Quartet and Manus has been performing and touring with the Brock-McGuire band. Recently they’ve recorded and toured with Ricky Skaggs, and blue-grass influences have added a new colour to their repertoire.  A few years ago, Garry released a critically-acclaimed solo recording of Turloch O’Carolan’s music and an album of his own songs. He records and produces albums for many Irish musicians and bands in his studio in north Clare. Jackie has been busy touring and teaching with the Cork fiddle-player Matt Cranitch in Ireland, Europe and the US.”

He says that “in spite of all of this activity Buttons and Bows never actually ‘split up’ (we’re often asked that question!) and the band was always there as a background musical presence in our lives; friendships continued which is undoubtedly a key ingredient. On our individual travels with music, each of us noticed that Buttons & Bows tunes - learned from our first three albums - featured regularly in trad sessions in all parts of the world where Irish music is played.”

In 2013, their 30th anniversary cropped up and they were invited to do a few concerts to mark the occasion. They had some unforgettable reunion gigs at The Gathering Festival in Killarney and in Kinvara, Co Galway where the band took in first faltering steps way back in 1983. “I think it was very evident to audiences and ourselves that the old Buttons & Bows magic was still there; it somehow felt like a conversation which continued without missing a beat - in spite of the several years which had passed since the conversation originally started!” Séamus said.

“Something creative seems to happen when we sit down and play tunes together..a distinctive Buttons & Bows sound appears to emerge straight away..and we’re delighted with that! The idea of getting back together for more performances and a possible fourth album began to emerge at that point.”

For our launch in August this year we featured an exclusive track from the album called Oyster Island. In their notes with the album they provide some background to the track.“Oyster Island is a small island just off the coast of County Sligo at Rosses Point - was named because of the profusion of oyster beds along its shores until the end of the 19th century. It is separated from the nearby Coney Island by "a channel of a thousand currents" called Shruth na Míle. These currents produce an unusual whispering sound which rises and falls with the ebb and flow of the tide. I wrote this piece in the style of a French musette, but its rolling phrases were inspired by the magical sea-sounds which can be heard near Oyster Island.”

This album introduces a very interesting mix of influences, which sets the recording apart from anything else released this year. We asked was it important that the band paint from a wider canvas of sounds when it comes to choosing material?

“Yes. Right from our earliest days we loved to play tunes from different parts of the world where traditional music is played. Before Buttons & Bows began to play together, I had the good fortune to live and work in Canada for a few years; while there I met many fine musicians, mostly fiddle-players from Québec and Ontario. I remember in particular playing tunes one snowy winter afternoon with Jean Carignan at his home in Montreal in the presence of a mutual friend, the Canadian dancer, Gina Gilchrist. Jean had a particular fondness for the fiddle-playing of Michael Coleman and James Morrison and was delighted to play a few of their Sligo fiddle tunes with me. The Sligo Maid and the Boys of Ballisodare were among his favourites. Manus and I learned what has become one of our best-known Buttons & Bows tunes - The Joyous Waltz - from the playing of Jean Carignan. I love the video-clip of him playing “Petit Concerto pour Carignan” (by André Gagnon) with violinist Yehudi Menuhin.”

In 1979, Manus and Séamus played as a fiddle duo at the famous Mariposa Festival on the Toronto islands, and they played in sessions at that festival with some fine French Canadian, Scottish and Scandinavian fiddlers. This ignited in both of them an interest in other fiddle styles and repertoires. Garry O’Briain had lived in Ottawa for a while before Buttons and Bows was formed, and he was interested in exploring Canadian fiddle music with them. Jackie Daly and Séamus first met and played tunes together in Toronto while he was touring with De Danann.

“So our origins as a band were connected with North America and all the diverse music styles we heard there” Séamus says. “I’ve no doubt that these influences played a role in shaping the Buttons & Bows sound and repertoire, and our interest in exploring music from other countries including Sweden, Finland, Denmark, Scotland and France. Nowadays, our playing is also influenced by our involvement in other musical genres which I mentioned earlier. But in truth, our hearts are firmly embedded in the incomparably rich traditional music of Ireland!” 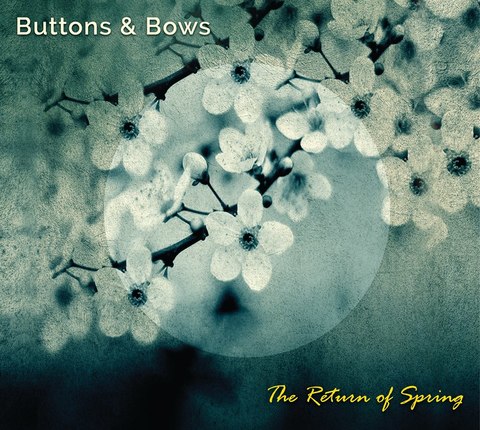 The incorporation of dual fiddles within the Buttons & Bows sound offers an alternative texture of sound to a number of the tracks.  This feature has been a long time in the making from brothers Séamus and Manus.  They grew up in Sligo in a family where music was cherished and music-making was encouraged. Their parents, Paddy and Jo both played music in their youth; their dad was a “fine piano player” according to Séamus, and their mum “played the fiddle beautifully”. She came from the Riverstown area of Co Sligo; the famous Sligo fiddler, James Morrison was born just down the road from his grandparent’s home in Knockalassa. So fiddle-playing according to Séamus “was in the genes and in the environment too – both nature and nurture had a role in our development as fiddle-players!”

“We both started to play at a young age (around 6 or 7), and enjoyed it very much even though it probably wasn’t very “cool” to play trad music in those days – it’s much cooler now! As students on summer work placements in the US and Canada, and later after graduation, we began to play fiddle duets at various festivals, and I think our tight “twin-fiddle” style emerged around then.

A few years later we were invited by Sandy and Caroline Paton (Folk Legacy Records, Connecticut, USA) to record an album of Irish fiddle duets titled “ The Humours of Lissadell” along with Ottawa guitarist, Terry Rudden.

I think it’s undoubtedly true that the “twin fiddle” sound is an important element of the sound of Buttons & Bows, and it influences our choice of material. Luckily, Jackie loves to play with fiddle-players and had a famous musical partnership for many years with the fiddle-player, Séamus Creagh. Garry’s extraordinary accompaniment is the magic ingredient which binds us together!”

You can find out more about the album by visiting www.buttonsandbowsmusic.ie

The album is also available on www.cdbaby.com/cd/buttonsbows

'Insight' is a series of articles where we look indepth at a artist, recording, community project etc.  If you would like to take part in this series, please contact us.