Insight : Tríona Marshall on her new album Between Two Ways 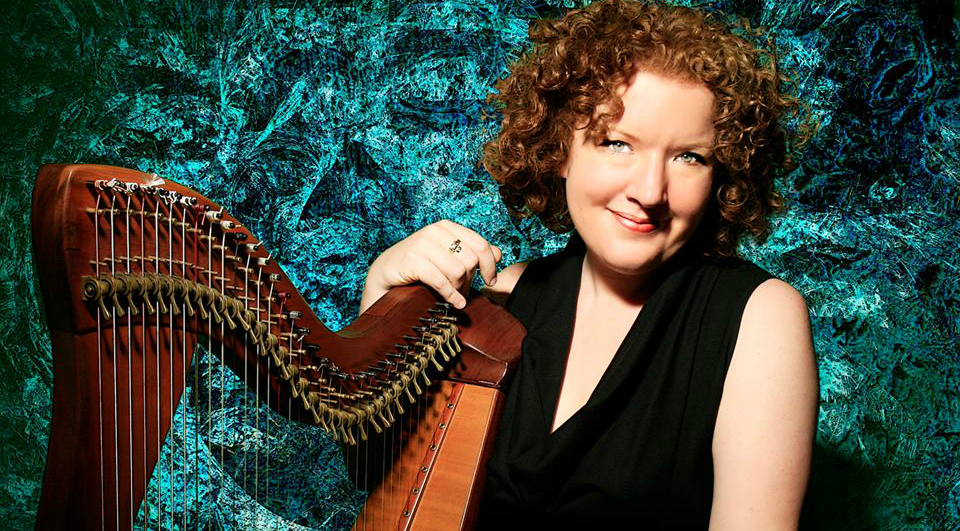 “I wanted to create an album which reflected the experiences and people who have had an impact on my musical journey to date.”

With the release of her new album called Between Two Ways, harpist Tríona Marshall spoke to us about her earliest experiences, the people that inspired her and the work that goes into finding new avenues of musical expression. Between Two Ways reflects her journey from Classical to traditional and is a strongly collaborative effort with Martin Tourish who shares the production credits with Tríona, and provides a lot of the new material that is showcased.

The first time Tríona remembers being at an impromptu music session was about fifteen years ago after a Shaun Davey concert with the RTÉ Concert Orchestra in the National Concert Hall, where she had been performing as the principal harpist with the orchestra. After the show, Séamus Begley and his brother Breanndán started singing and playing across the road in the foyer of the Conrad Hotel and she was immediately struck by the richness and beauty of their music.

“Sitting listening to them sing in harmony and play that night left an indelible imprint in my memory, as well as the impression that there is a lot more to music than I had previously experienced”. Shortly thereafter, she had a similar experience upon first hearing Martin Hayes in concert and says that “were it not for hearing Martin play that particular night I may never have decided to take that first gig with The Chieftains and I'd still be playing Principal Harp with the RTÉ CO to this day. After his concert I went home with a CD and uncovered my Irish harp, which had not been played in years, and started learning one of Paddy Fahy's Reels. Twelve years on and I haven't played the concert harp since.”

She celebrates the journey that began all those years ago on this album with a range of guests that include Paddy Moloney, Sean Keane, Martin Hayes, Seamus Begley, Tim Edey and more. Everyone on the album she says has contributed to this journey somewhere along the way, and this album is her way of both acknowledging and celebrating that. On the adaption from Classical to traditional Tríona states that “coming from a Classical music background, the idea of immersing oneself in a style is a fundamental area of musicianship. For instance, a classical player needs to understand the differences between Baroque, Romantic, Contemporary styles etc... and within those genres, the subtleties of national styles such as Italian, French, German etc. While the Classical genre covers a greater geographical ground, Irish traditional music has a vastness of its own, encapsulating a myriad of stunning individual styles and voices; from the lyricism of Martin Hayes to the powerful inward intensity of Sean Keane and the rich ornamentation of Paddy Maloney. Through collaborating with each of these artists, the album was an opportunity to explore these microcosms and thread new ground in each journey.” For Tríona the album was all about opening new doors and forging new ground, not just on a technical level but also on that deep emotional level where the music resides, she says. “Meeting with Martin Tourish, we would have long conversations on what stylistic worlds we felt had not been explored previously and when we decided on a new area, we would immerse ourselves for weeks in the style and sound of particular performers before getting pieces of music that would allow me the greatest freedom to explore such worlds.

From that point, very often, months were spent on a single piece to sculpt and hone in on the subtleties of the style in question. As much of the music was composed for the album using individual styles as opposed to the harp as a creative point of departure, there were often considerable technical challenges in figuring out how to make happen particular sounds that the harp itself didn't quite want to play! For instance, The Seventh Degree summons the sounds of the 19th century Quadrille and Lancer sets and is highly chromatic as a result. 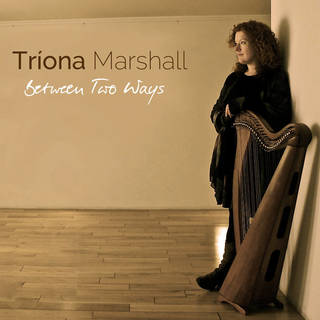 This was a minefield in terms of shifting levers while also playing the tune so there was an intense period of collaboration with the composer to get the sound I wanted within the technical parameters of the harp. The overriding philosophy of the album, however, was to try to get to the spirit of each style and personality and to bring this magic to the listener. When that happens, all technical aspects fade to pale.”

Tonight Tríona concludes a short Irish tour with a concert at Earagail Arts Festival in Letterkenny.  The show takes place at the Regional Cultural Centre in Letterkenny. To book tickets follow this link.

You can also visit www.trionamarshall.com