Interview with Tina Eck & Keith Carr of Washington based duo"Lilt" 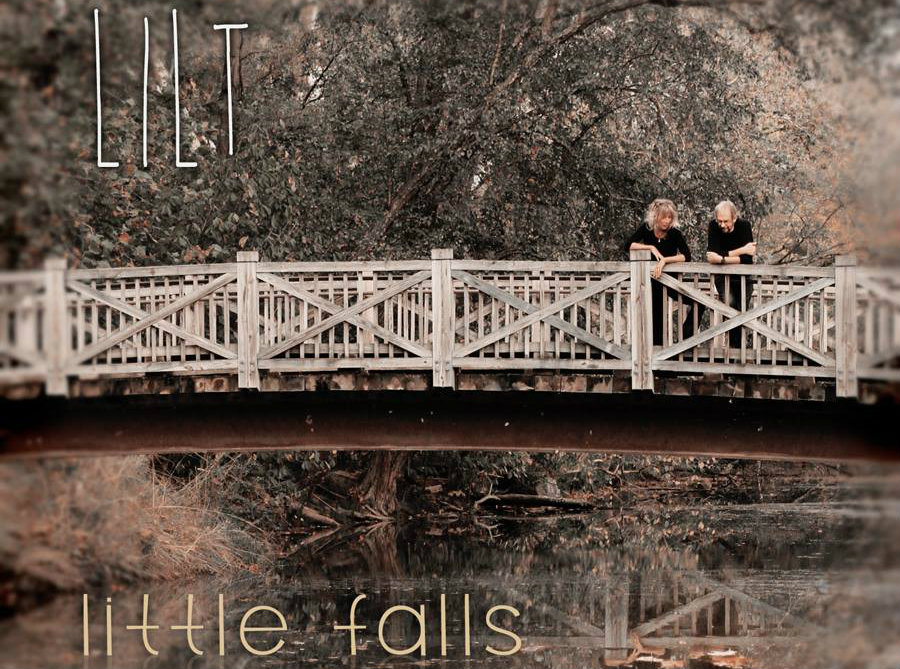 They were/are both session hounds and frequently found at local Irish music sessions in the greater Washington DC area. Tina Eck (a news correspondent for German radio) and Keith Carr (who designs information systems for nature conservation work) started playing together in 2009. More or less by accident.

While traveling in New England Tina received an urgent call to play for a memorial service at a hotel the next day. Trying to find an accompanist she called around and finally found Keith's phone number, and he was available and willing to play for the funeral party at a posh hotel in Virginia. That was fun, despite the sad occasion. Let’s play more. Done deal.

The repertoire grew and they found some common ground in their love for dark, minor, modal tunes. “If I wasn’t a flute player I’d learn every Paddy Fahy and Ed Reavy tune on the planet, laughs Tina. One afternoon during a blizzard in early 2010 Tina and Keith booked some hours in a friend’s recording studio and taped what they had so far. No edits, no overdubs: the demo CD “Lilt” was done and well received in the area. They’ve had to print hundreds more copies since.

So the story goes on: they started playing more gigs, weddings, parties and little concerts. One of the highlights was opening for the supergroup Altan at a concert hall in Virginia, “The Birchmere”. Tina had known some of the members since 1998, when she attended the Frankie Kennedy Winter School in Donegal. “Yet, it was nerve wracking”, she recalls. “The biggest venue we had played to date”, adds Keith. “But Mairead and the gang were super nice. It was a great night”.

“Lilt” started to travel a bit. Played little shows in other states: Virginia, West Virginia, Tennessee, New York and Connecticut. Often accompanied by Irish step or Sean Nos dancers. In 2011 they went back to that friend’s studio (Asparagus Media in Maryland), invited some more friends and guest musicians and recorded their first real album, “Onward”. That turned out to be a big hit. They were nominated for the Irish Music Awards in two categories (best album and best duo) and they were also nominated for the local “Wammies” (Washington Area Music Awards) several years in a row in several categories. “We never won anything”, they laugh, “but that’s okay”.

It’s not ambition that keeps them going, but love for Irish music and the fun they’re having playing together. They often play for the Potomac Conservancy, a local organization that works to preserve wildlife, flora and fauna of the Potomac River, the mighty stream that runs through Washington DC. Tina lives (with her husband, a stonemason, and two stepdaughters) very close to the river in Cabin John, Maryland, and Keith lives close by on the other side in Falls Church, Virginia. They often hike or rehearse in the area. Hence the name of their third recording “Little Falls” - one of the waterfalls on the Potomac. “Little Falls” came out in early December 2013.

Another highlight in “Lilt’s” world was an appearance on a very prominent local radio show on National Public Radio (WAMU FM, Washinton) during the St. Patrick’s Day season of 2013. They talked and played on the “Kojo Nnamdi Show”. Tina had to explain, how, as a German radio reporter, she came to play Irish music in America.

"It was a compulsion!  I was dying to get out and play with other musicians, join the community, participate in the sessions, and do what I knew I had to do, regardless of the day job"

“I walked into a bar”, she says … “and the rest is history”. Well, the bar was “Nanny O’Briens” in Washington DC, owned back in the 90s by an Irish man from Tralee. Brian Gaffney, a singer songwriter and musician himself, was a strong proponent of the Irish musical tradition and had a weekly session in the back room of his public house. And that’s where Tina started from scratch. She got herself a tin whistle and learned from the Irish trad musicians on the scene. Friendships were formed, a new life began. “I don’t even know what I did before I fell in love with this music”, says Tina. The social aspect, the friendships, sessions and parties were part of the attraction. Discovering the community, traveling to Ireland, attending music camps in the US, learning not just the tunes but about the whole history and culture that comes with it was a great experience for this German journalist. “But you gotta keep the day job”, she grins, “this music is being played for the love of it, not for the money. For most of us … “

Keith, who comes from a family of professional musicians, had a lot of classical training on several instruments. He had always been drawn to Irish traditional music. His father was classical conductor, and Keith remembers hearing Percy Grainger’s symphonic piece “Molly on the Shore” as a young child.  He explains, “that piece incorporates Irish trad tunes, and there was just something about the modal tonalities and the rhythms in that music that grabbed me — even as a kid”.  For many years he performed as a guitarist, working in rock and fusion bands.  But eventually the demands of his profession limited his ability to get out and play, so he usually found himself playing solo fingerstyle guitar at home, often playing arrangements of Irish tunes. “It was polite, pretty music”, he says, “but something was lacking”.  The energy and lift of well-played Irish dance music was hard to produce as a soloist, and besides, the all-important social aspect of Irish music and dance was missing.

“It was a compulsion!  I was dying to get out and play with other musicians, join the community, participate in the sessions, and do what I knew I had to do, regardless of the day job”, Keith says.  So he bought himself a bouzouki, taught himself to play it, and ventured out into Washington DC’s session scene… where he met Tina, who was equally passionate about playing and exploring possibilities.  “We both love to play in larger ensembles too”, Keith says, “but working as a duo is incredibly rewarding.  We can respond to each other easily, play around with tempo and dynamics, and shift gears in a blink”. They have had a number of album launches already this year. “All our guest musicians who helped us so much during the recording of “Little Falls” joined us”, explains Keith. That includes Eileen Estes on vocals, Graham DeZarn on fiddle, Josh Dukes on guitar and bodhran, Shannon Dunne with Sean Nos dancing and hopefully Kristen Jones on cello and Conor Hearn on guitar. “The recording of this album was difficult”, says Tina. “Our expectations were probably too high and we were getting picky, perfectionistic and prickly. It was a huge learning curve”.

In the future they want to work on more songs. “We discovered we really like to sing”, says Keith, “and harmonies work really well”. Now it’s up to finding the right material. Or maybe even writing it. Keith and Tina came to Irish music rather late in life. “It is an unbelievably fulfilling part of my life”, says Tina. “It’s more than a hobby, it’s almost some sort of lifestyle.” Tina and Keith are both on the faculty of the Washington Conservatory of music and teach whistle and flute, banjo and bouzouki. Alongside their friends Jesse Winch and Mitch Fanning, who teach bodhran and fiddle, respectively.

The Irish music scene in Washington DC is alive and kicking. There are sessions almost every night of the week, numerous set dance and step dance schools, ceilis and fleadhs, festivals and concerts. The CCE O’Neill-Malcom Branch is very active and hosted the 2013 North American Convention. Fiddler Mitch Fanning runs a summer music camp, “MAD Week” (Music, Art and Dance), with a stellar line up of tutors and teachers. Kevin Crawford, Martin Hayes, Brian Conway, Tony deMarco, and Robbie O’Connell have been on the faculty in recent years. And “Lilt” of course are part of MAD week as well as many other local musicians in the area.

“Lilt” is living in a fertile area for Irish music. They love what they do. And they dream of playing in Europe some day, Germany or Italy or even Ireland. Some day. Maybe.