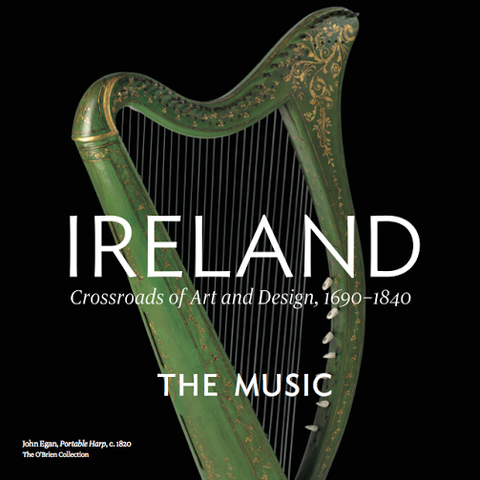 “IRELAND: Crossroads of Art and Design, 1690-1840”, was a major exhibition that took place at The Art Institute of Chicago in March 2015. It was the first exhibition to explore the rich and complex art and culture of Ireland during the long 18th century.  It included 300 objects drawn from public and private collections across North America, as well as the Art Institute’s own important collection of Irish decorative and fine arts.

A companion CD was also produced, and today we officially launch it on Tradconnect. It is titled “IRELAND: Crossroads of Art and Design, 1690-1840  THE MUSIC” and it sets out to uncover melodies that were collected and published during the time period of the exhibit, combined with new compositions that are reflective of this time period.

To provide some context to the recording, we include a video that was produced by The Art Institute of Chicago on the exhibition itself.

Marty Fahey, President of O'Brien International, who were lenders and contributors to the exhibition, was asked to sit on a committee that was tasked with organising the exhibition. As the plans for the exhibition developed, the idea of a companion album of music was also suggested. This idea received unanimous support and Marty then took responsibility for its development and delivery. As a musician himself he knew the high standards that would need to be reached with such a project. He enlisted the help of long time friends Liz Carroll and Liz Knowles, and the outcome is this outstanding collection of music. Other musicians were also brought on board including Kieran O'Hare, Tríona Ní Dhomhnaill, Catriona McKay, Trevor Hutchinson, Jackie Moran, Emer Mayock, Aoife Ní Bhriain and Mick O’Brien.

Another unique aspect of the project relates to its funding. Initially, it was funded primarily by the O'Brien Family (for whom Fahey works) as a gift to the Art Institute and that CD was a "Limited Edition", available only at the museum and during the run of the exhibit.  After the close of the exhibit, the Pfaff Family, who were also fans of the project, and who felt it should continue, stepped up to see to it that the CD became available again, hence its launch to the public today . 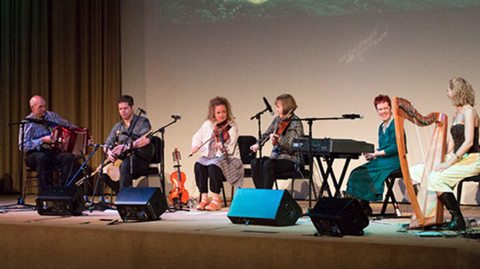 In the liner notes Marty explains that “the creation of this companion CD of Irish music for the exhibition was itself a modern-day crossroads experience. A diverse, inspired, and dedicated group of benefactors, musicians, sound engineers, scholars, photographers, graphic designers, and publishing professionals, along with a host of well-wishers, came together for a noble purpose: to illuminate and celebrate the musical influences at work in the period of 1690-1840 in Ireland, and to sponsor the composition of new musical masterpieces inspired by the themes of this historic exhibition.” The outcome is an “hour of music, some from the ancient harp tradition, some carefully curated from the distant past by Liz Knowles, and some especially composed by Chicago’s own Liz Carroll.”

According to Marty, the project was a great joy to work on. He describes it as a “revelation” on several levels, both for the musicians and the museum, allowing them to juxtapose the music alongside these wonderful objects. He says that “certainly the music and the art/artifacts stand on their own merit but placing them side-by-side and seeing the effect of that, I have to say, has been wonderful. The two spheres of influence—the decorative and the musical—are especially  powerful  together.”

The 22 page booklet that accompanies the album features “selected images from the exhibition, brief notes and insights into the melodies themselves, and an insightful short essay on the role of the Country House in Ireland.” This booklet is an integral part of the finished product, and provides a deeper insight for the listener. It shows how music, art and design can work together in a single tapestry, to reveal so much about one of the most important periods in our history.

The album is now available from a number of music outlets including Ossian USA, Claddagh Records and www.cdbaby.com. Broadcasters can also obtain a free download of the album via our Download Centre here on Tradconnect.