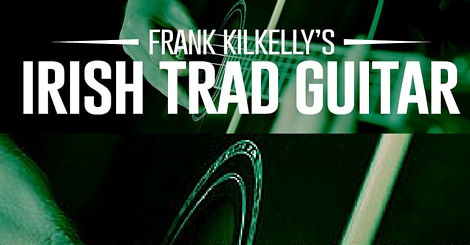 As part of my website www.irishtradguitar.com I have listed a number of highly rated trad guitarists, many of whom I have referred to in Vol.1 of my book “Accompanying Irish Music on Guitar”. These players have all had a different impact on the development of styles and it is worth stating that this is a subjective collection. By giving a little information on these players, the intention is that you will hopefully like the sound of some of these guitarists and check them out further yourself. There is a discography for these players in Volume 1.

There are a few that do not have an accompanying video, so if you have suggestions please add them as a link to this blog. Indeed if there are other players that think should be added to this list I would be delighted to hear from you.

You can check out my website www.irishtradguitar.com for more information on my own background and music.

Randal Bays
Randal lives in Seattle, Oregon and is also a fine fiddler. His guitar playing has been greatly influenced by his friend Micheál O’Domhnaill, who lived in Portland for many years. I first heard the subtle playing of Randal on fiddler Martin Hayes’ first 2 albums. Martin’s sensitive fiddle style calls for an empathetic and soft accompaniment style, which is played in DADGAD.

Ed Boyd
Ed’s playing came to light in the three flute band, Flook! His style has a light, energetic feel and he uses some unusual rhythms in his playing. He uses mostly DADGAD but occasionally standard tuning.

Paul Brady
From his work with the Johnstons, through Planxty and a solo career, Paul Brady has been a central figure in the revival and development of traditional Irish music. He played as accompanist on a handful of recordings made by notable fiddle players, particularly on the Shanachie label. He played mostly in standard tuning with the occasional excursion into Dropped D and his style is characterised by a crisp percussive tone, with great attack. He also makes good use rhythmic variations, which punctuate his aggressive, driving style on up-tempo sets of tunes.

Dennis Cahill
Dennis has arrived on the international folk scene in recent years as playing partner to Martin Hayes. His background is very varied. Having studied classical guitar, he played on the Chicago live music circuit for years in more genres than most. He uses standard tuning and his accompaniment of Martin’s playing is harmonically rich and full of space. His playing breaks the mould of twenty or more years and is well worth a listen.

Ian Carr
He is best known for his playing with Northumbrian piper Kathryn Tickell, and piano accordeon player Karen Tweed. He has a style all of his own, in which he breaks the boundaries created by the developing styles of accompaniment. With a strong emphasis on arrangements, a lot happened in the course of a set of tunes when Ian’s playing. Here is one of the most original accompanists that I’ve come across and I recommend a listen to hear a totally fresh approach.

Steve Cooney
Since his arrival in Ireland from Australia in the late 70s, Steve has had a major impact on the accompaniment of Irish music, on nylon-strung guitar as well as on bass guitar. In particular, his style of backing Kerry slides and polkas is well worth checking out. He has worked with many leading Irish musicians, notably Liam O’Flynn and Donal Lunny. His work appears on almost a 100 recordings, displaying a huge versatility in styles, all with a distinct, original flavour.

John Doyle
Based in the East Coast American folk music scene, John has a powerful rhythmic approach to accompaniment. He combines a repertoire of full-bodies chords with a tireless strumming arm to provide a steady rhythm for the melody players. He tunes his guitar to dropped D and he is the rhythmic centre of leading Irish/US group Solas.

Donagh Hennessey
Donagh established his style and reputation with Sharon Shannon’s band and more recently as a member of Lunasa. A superb rhythm player, he tunes to DADGBD (Double dropped D) and his careful choices of chord sequences are worth noting in the accompaniment he plays. He works closely with the bass player (Trevor Hutchison) and together they make a tight sound, which offers a rock solid under-pinning for the melody players. Listen to this teamwork on any of Lunasa’s albums.

Peerie Willie Johnson
Wille and his friend pianist Ronnie Cooper, were largely responsible for a major development in the accompaniment of Scottish and particularly Shetland music. Willie adapted the swing jazz rhyhtm guitar style to accompany dance tunes. The style is characterised by a ‘boom-chuck’ rhythm where the first and third beats in the bar are primarily bass notes (‘boom’) and the second and fourth beats play the rest of the chord, (‘chuck’) which is damped.

Mark Kelly
Mark has been the guitarist with Altan since their formation in 1982, and his playing has been a major part of the development of the sound of the band. On early recordings he was tuned to DADF#AD but more recently he has been using DADGAD, DGDGBD, Dropped D (DADGBE), and double dropped D ((DADGBD) (P.S. To hear Mark on the Youtube clip opposite, jump to 47.25mins.)

Arty McGlynn
Since the release of his solo album in 1980 Arty has become one of the most sought after accompanists on the traditional music scene today. He has played on countless folk albums in Ireland. In accompanying, his style is first and foremost rhythmic. He uses primarily dropped D tuning, and in his playing you can hear a percussive, crispy top end as well as a beefy bass sound.

Mícheál Ó Domhnaill
The Bothy Band was possibly the most innovative traditional band to ever come out of Ireland and Míchéal was the rhythmic centre, playing guitar mainly tuned to DADGAD but occasionally using standard tuning. He developed a whole new style, playing chunky solid chords. He is worth listening to as he was one of the earliest innovators in the genre and his playing continues to have an impact on players 20 years on.

Dáithí Sproule
Dáithí has been the favourite choice of many excellent traditional melody players in America for a long time. He uses DADGAD and occasionally standard tuning. He shares the guitar role in Altan with Mark Kelly, and in addition plays in a trio called Trian with Liz Carroll and Billy McComisky.

John Blake
John’s style on steel strung guitar is solid, sympathetic, and very musical. He uses DADGAD and has what I identify as a traditional approach to accompaniment - more underpinning and less fireworks! This style suits many melody players, particularly those with deep connections in the music today, as you can see from the discography at the back of the book. John is also a fine flute player and his familiarity with the tunes is evident in his accompaniment. He has played with the Kane sisters, fiddler Jesse Smith, At The Racket and many others.

Paul McSherry
Paul has at this stage been around for a long time. He plays in DADGAD, however his style is quite unusual for a DADGAD player. He rarely uses a capo and uses lots of passing chords, creating lots of movement and a very full sound. With the right hand, he plays predominantly from the wrist, which tends to give a lift to the music, making it sound lighter. He has played with many different contemporary traditional musicians including the band Guidewires, Michael McGoldrick and John McSherry (duo) and Gerry (fiddle) O’Connor.

Paul Meehan
At this stage in the development of guitar accompaniment, one can now define one approach as being more or less traditional than another. Tuned to DADGAD, Paul veers to what is probably a more traditional approach. His style is solid, driving and straight ahead, which serves very well to underpin the melody. His chord choices add strength to his style, being minimal and the chord changes are well placed. He’s best known for his playing with Lunasa, Liz Carroll, as well as singer Karan Casey.

Tim Edey
Tim’s guitar accompaniment shows his intimate familiarity with the melodies as he’s also a fine accordion player. He plays nylon strung guitar and has a style strongly reminiscent of Steve Cooney’s. He tunes to Dropped D and uses a capo as an essential part of his playing. He makes great use of very fast rhythmic flourishes and there’s great dynamic fire in his playing. He’s been a popular choice as an accompanist, playing with many leading musicians, including Sharon Shannon, Brendan Power, Seamus Begley and The Chieftains.

Jim Murray
Jim plays nylon strung guitar, which was first used in the accompaniment of Irish music by Steve Cooney. By now, Jim has a style of his own and he shows great musical versatility in his playing. He uses predominantly Double Dropped D tuning and uses a range of rhythmic approaches, from soft and sweet to punchy and rocky! He shows an intimate knowledge of the tunes he’s accompanying, sometimes joining in the melody for little phrases. (A mistake some student players make is to use ‘stock’ chord progressions, rather than to listen closely to the melody and play what is harmonically ‘correct’.) Jim played in Sharon Shannon’s band for some years and also in a duo with Seamus Begley, as well as occasional work with countless other great musicians. Check out Jim’s own online tuition at: www.jimmurraymusic.com

Tony Byrne
Tony is a colourful player. He manages to make standard tuning sound like an alternate tuning by using chord voicings that are not dominated by the 3rd. (ie: in a D chord, the note F# is the 3rd) Rarely using a capo, he uses a lot of rhythmic colour and has a bunch of right hand rhythmic tricks that he uses to spice it up, though he knows when to keep it straight. He plays from the wrist, which I feel always helps to breathe life into the music! He’s also a fine solo player and accompanist of songs. He plays with Julie Fowlis, Alan Kelly, Mike McGoldrick, and many more.

Colm O’Caoimh
Colm is the most recent young player to appear on the scene in Ireland. He shows a strong swing influence, but also has a driving strum for up tempo reels. His chord progressions are quite innovative and fresh sounding, whether on dance tunes, or slower pieces. He plays in standard tuning and makes good use of bass lines, never using a capo. Note his wrist action, it makes the rhythm come alive. He plays in a trio with Mick McAuley and Winifred Horan, as well as Frankie Gavin’s De Danann and Caladh Nua.

Michael McCague
With a style reminiscent of Paul Brady and Arty McGlynn, Michael’s another player I would class as more traditional in his approach to accompaniment. The loose wrist can be heard here too and when he’s backing, the tune is very much allowed to shine. The gentle rhythmic support is as it should be, present but not overpowering. He has a good tone and makes use of the bottom end (bass) to good effect. His chord choices show a good knowledge of the tunes, Michael also plays fiddle and bouzouki. He’s played with John Carty, John McSherry and Frankie Gavin.