Irish Traditions in a Virtual World

The best traditional Irish singers will tell you that singing alongside or being in the presence of your source singer is the best way to reach high proficiency in the artform. But, I found some recent virtual Irish weekends to be most informative and enjoyable.

I was a competitor in the virtual Midwest Fleadh Cheoil hosted by Murphy Roche Irish Music Club in Chicago in May. Then, I enrolled as a student at the Minnesota Irish Music Weekend at Home hosted by The Center for Irish Music of St. Paul in June.

I write this as a participant, not as a journalist. The four things that characterize the Irish nation are language, Gaelic games, dance and music.

So as fun as it is to participate in all these activities, you are expected to engage in them at  high proficiency. All require hard work to get there.  There is a prevailing thought among the masters that you shouldn't even be singing a song in public or in competition until you've "lived" with it for at least 6 months.

Singers, especially in America, have to find platforms to sing out and often.

If you don't have an immediate community, it can be very difficult to find a real song circle. It is essential to have people WHO WILL LISTEN.

Both virtual events offered opportunities to sing for and listen to NATIVE IRISH MASTERS. It is unprecedented access for someone like me who cannot get to Ireland to study for an extended time. Also, it gives singers who have been rejected by teachers a chance to still learn. (Yes, some masters will not waste their time if they think you're too far off. So it's very Yankee of me to try to prove them wrong, don't you think?)

It's got me wondering if  masters who remain in Ireland would be willing to judge competitions virtually if a qualified judge cannot be found to judge in person stateside.

It sure would be nice if virtual workshops would continue after the pandemic to better connect earnest students with Irish masters.

I still hear the following from judges, first thing out, every time. So c'mon America, snap out of it!

sing in your own accent ( I am so guilty of this and I don't mean to insult, really!)

we must listen as much as we sing

don't take the same breath in the same way

with lively songs, there should be a lovely, light and airy rhythm

It was a bold statement amidst one of the zoom workshops. There are questions about what constitutes high proficiency in trad Irish at Fleadh Cheoil competitions. I think everybody accepts that judging is subjective, but the issue is whether the scoring system stacks the deck.

For example. the tug of war about who should be placed higher. A singer who copies the source singer  exactly with high proficiency or the competitor who displays proficiency in traditions such as ornamentation and breath control but attempts own sound? For example, staying in chest voice instead of going into head voice.

Competition is Not the Only Way to Learn

Each of us comes to the tradition in different ways and you can find your voice in your own way.

The COVID-19 pandemic and self-isolation has wound up connecting the Midwestern Trad scene in a way I haven't seen before.

There are a variety of schools attempting to create a space for singers.

One need not keep up with a rehearsal and competition schedule required for All-Ireland gold to reach an advanced skill level in traditional Irish singing. Although it seems a sure fire way to be viewed as a legitimate singer if you are a former champion.

For those who are struggling with ornamentation and breath control, a teacher may in fact be necessary. But singing along with a recording (provided the recording is of a knowledgeable source singer) over and over again can generate as close as you can get to learning by ear in person.  But be warned,  I learned a song from a Scottish woman and people mistook it  for attempting bad Irish accent. 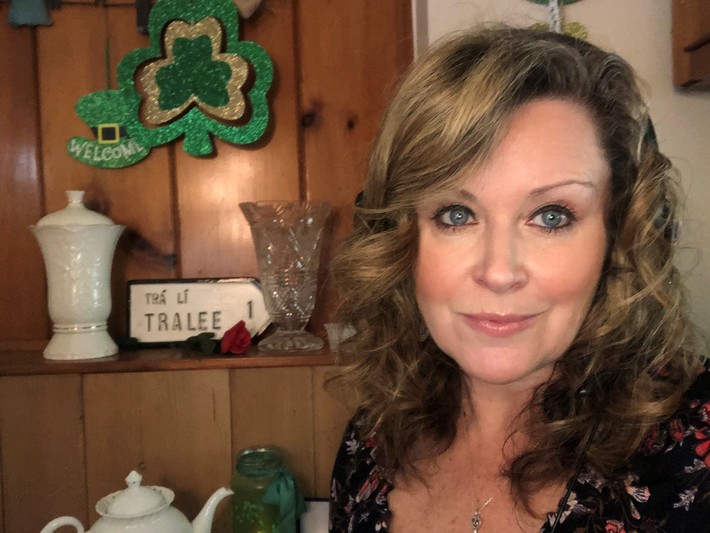 Listen, if I could afford to go to Ireland, or find a way to work there and live there to learn from the natives, I would.

I have found the traditional songs to be a great comfort during these times of vast isolation.

I'm hopeful to find more song circles or maybe one day create one of my own, unfettered by modern or outside influences and  without the feeling as if I am only filling space while the fiddlers and pipers get refreshment.

I hope that the singing isn't pushed in a corner, held in the early morning hours of festivals or put in a tent on the edge of the fair grounds because "nobody's really into it."

I will never forget what I heard during an introduction to the wonderful show called Clann Lir at Siamsa Tire theatre in Tralee, County Kerry.  It was back in 2013, and I don't remember it exactly. But something to effect that the songs we have are only a fraction of what survived the Great Hunger and emigration.

Without the singers, we have no narrative with which to present traditional Irish music in its full context.

I will continue to pursue ways to sing out. With every breath I will endeavor to strike a blow to what  the late, great Paddy Tunney so aptly described as shamrockery.