Developing a distinctive musical voice - In Flow with Jack Talty 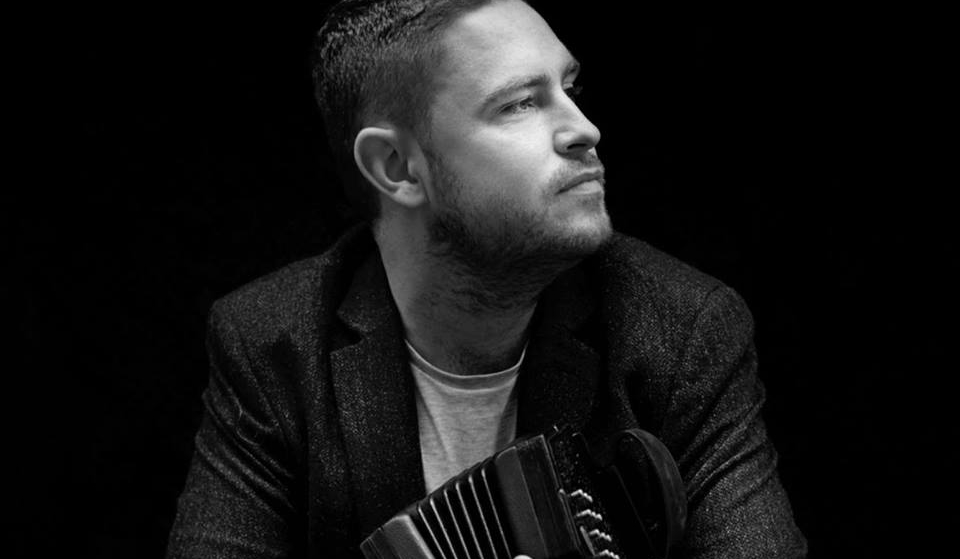 Given his long-established reputation as one of the leading concertina players in the country – as co-founder of TG4 Gradam-winning group, Ensemble Ériu (with Neil O’Loghlen), as section leader with Dave Flynn’s Irish Memory Orchestra, as collaborator with Cormac Begley (Na Fir Bolg) and with Noel Hill (Concertina), and as a guest musician on so many acclaimed albums – there is an inevitable air of expectation about the release of Jack Talty’s first solo recording.

IN FLOW reflects the many years of dedication Talty has given to traditional music – as performer, producer, recording engineer, researcher, and teacher – and to developing a distinctive musical voice of his own within an approach that is passionately engaged with the music of his predecessors and contemporaries.

Echoing Paddy Kavanagh's philosophy of finding the universal in the parochial ("The parochial mentality ... is never in any doubt about the social and artistic validity of his parish. All great civilizations are based on parochialism - Greek, Israelite, English."), this album displays an artist digging deep into the tunes and metres of his own culture to enjoy the rich musical expression that it offers the world.

With accompaniment on various tracks from John Blake on guitar and Ruairí McGorman on bouzouki, and playing six different concertinas across the album, Jack flows through tunes he has picked up down the years from friends and from recordings, tunes he has written himself and some unusual versions of familiar melodies.(Source : Raelach Records)

In the liner notes Jack sets out the background to there tunes: "The first reel in this set was written by the prolific composer and accordionist, Paddy O’Brien (1922-91), from Newtown in Co. Tipperary. I learned it from banjo player, Theresa O’Grady, in one of the many sessions that we have played at the South Sligo Summer School in Tubbercurry, one of my homes-away-from-home. A favourite of Sligo fiddlers, Michael Coleman (1891-1945), and James ‘Lad’ O’Beirne (1911-80), ‘The Flowery Fields of Scotland’ is a reel that I associate with the great Brian Rooney from Kiltyclogher in Co. Leitrim. He recorded it as ‘Brian Rooney’s’ on The Goldfather in 1998, and it appears on the album Within a Mile of Kilty (2005) under the title listed here. ‘The Sailor on the Rock’ is a popular reel that has been recorded by Michael Coleman, John McKenna, and Joe Cooley, among others. It appears as tune #559 in O’Neill’s 1001 or The Dance Music of Ireland (1907) under the curiously enigmatic title of ‘Johnny with the Queer Thing’. Now for you!"