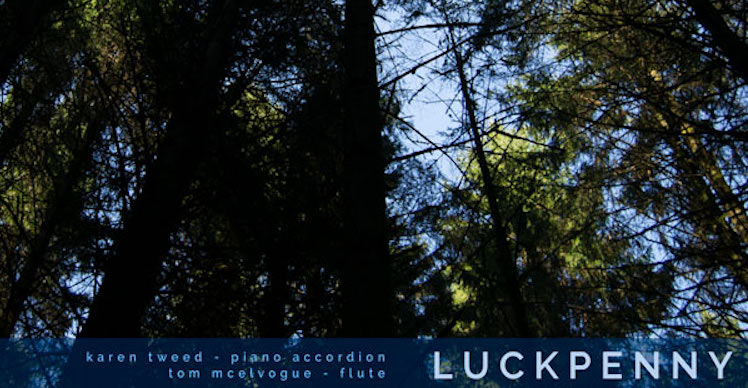 Luckpenny is the first recording collaboration between Karen Tweed (piano accordion) and Tom McElvogue (flute) and embraces the music they grew up playing – Irish Traditional reels, jigs and hornpipes. The album has been described as “a delightful musical conversation shared by two musicians on top of the world celebrating the repertoire they used to share at the Listowel or Kilkenny Fleadh Cheoil many moons ago and still do today."

Karen Tweed is the mercurial and lyrical accordionist extraordinaire whose exploration of this amazing instrument beautifully illustrates her eloquent, eccentric, hilarious and sentimental nature. Her collaborations have included Finnish composer/pianist Timo Alakotila in May Monday; Ian Carr, Karen Street, Kathryn Tickell, The Poozies, SWAP, Wood & Cutting and Colum Sands, while she is in high demand as a teacher, mentor and inspirer at universities and workshops worldwide.

She has recorded on over 160 CDs, published 3 accordion manuals, as well as the first volume of her fully illustrated book of compositions. She is also a respected illustrator, cartoonist and designer. 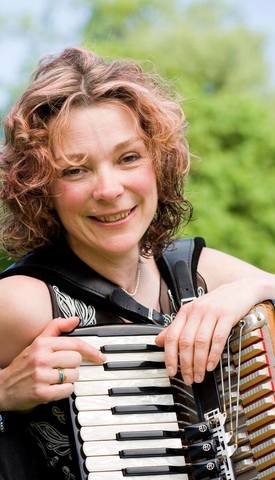 Born of English parents in Newcastle-Upon-Tyne, Tom’s passion for Irish music was realised during the repeated practice sessions of his sister’s Irish dancing. While his sisters were practising their dancing to Irish music records, Tom was able to learn the music by ear and play it back on the recorder. His parents were advised to enroll him in music lessons with the local branch of Comhaltas Ceoltóirí Éireann in order to develop this talent and from this point on, he progressed from recorder to tin whistle and then flute where he won almost every competition he entered culminating in the Senior All Ireland Flute title in Sligo in 1990.

Over recent years he has focused on writing music rather than performing, mostly due to work commitments. Many of his tunes have since made their way into the tradition, having been recorded on dozens of albums, which is a testament to their quality, authenticity and popularity.

Our sample track includes The Honeymoon, Fahy’s, Devanney’s Goat and Eddie Moloney’s. Regarding these tune Karen and Tom say: “We learned the Honeymoon from a recording of flute player Billy Clifford entitled “Irish Traditional Flute Solos and Band Music from Kerry and Tipperary”. We’re not sure if the album is still available commercially but we did manage to find it recently on the internet. Tom recalls spending many nights learning tunes from Billy Clifford’s playing and hope that this album will be re-issued.

The second tune we believe was written by Paddy Fahy. Like most of the tunes named Fahy’s, we’re not fully sure if it was written by the man himself or credited to him for popularising it. It sounds like a Fahy tune to us though so we are crediting him as the composer. Devanney’s Goat is another old tune listed in Ceol Rince na hEireann Volume 2 (tune 267). Tom first learned this tune and the one that follows from a flute recording of Frankie Gavin (Up and Away).

We follow this as he did with Eddie Moloney’s reel. Again, Tom is not sure if Eddie wrote this but since his name is lent to the tune we’re crediting him with the composition. If there are any flute players out there who haven’t heard the Frankie Gavin flute album, my word you’re in for a pleasant surprise when you do!"

Next week we will be publishing a more detailed backstory to Karen and Tom’s journey to the recording of this album.  In it they state that while living in Longford last year they witnessed the long term illness and resulting death of their dear friend, Paul Ruane. Somehow, this tragic event, more than any other, made Tom and Karen wish to celebrate their simple 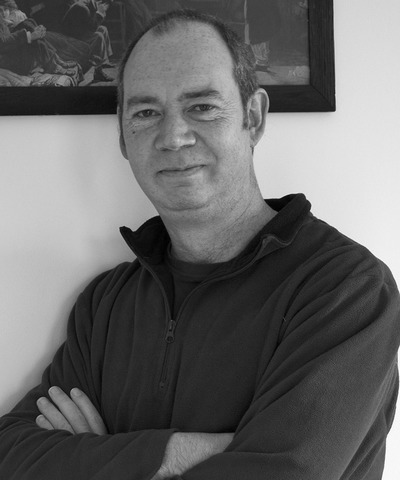 love of music that Paul always quietly shared. The bare melodies, the soaring phrases that need nothing more than being played well and with love.

They say that “this recording ‘Luckpenny,’ has inspired a new journey, because now there is nowhere to hide – questions arose about settings, keys, flute-friendly vs. accordion-friendly repertoire and mostly, the discussions were brief: the tune and when it was first discovered, always won.

The recording quickly became about essence: dropping any clutter, accompaniment or arrangement ideas (including the accordion bass) was obvious. They feel that this music of Ireland is so strong, so grounded, so beautiful and so full of epic story that is needs nothing, just the breath and the love it has given to them over so many years. This music has nothing to prove and has been Karen and Tom’s individual therapy, mindfulness and guide in the most difficult times. It thrives and blossoms – Tom and Karen rediscovered all this simply by playing with these great Longford and Roscommon collectors!”

The album is now available on CD and download direct from the artists websites below; preview clips can also be heard and sleeve notes can be downloaded as a free PDF from: www.karentweed.com and www.tommcelvogue.com

The album is also available as a free fownload to Irish Radio Broadcasters who are part of our Download Centre. Contact us for more details and access.