In February we posted up a First Listen article on the new album by Kate Crossan called “Away”. We also spoke to her about the album, the song choices and general developments in folk music. We started by asking about the material on the album and how she decided on the final tracks.

She explained that “The song choices on the album were actually quite personal to me. In fact two songs were sung by my own father who was a traditional singer and melodeon player from Inishowen.”

“I feel it is important for me to have a connection to a song in order to sing it and that’s either with the singer from whom I heard it or the subject matter.  I chose a mixture of songs that I had picked up on my travels while in Canada and at home.  When I consider them now there is a big Ulster, as well as a Canadian influence in the collection, too.”

“There is also a strong theme of loss and leaving which is part of the emigrant experience. Most songs are traditional; some unrecorded previously. There is one new song “An Fharraige Chiúin”, the late Chris Langan (uilleann piper originally from Rush, Co Dublin; but long-time resident in Toronto) asked me to put words to his tune years ago. Last year I came across some poetry attributed to St. Colmcille, Derry’s most famous emigrant. The last line is about “turning his back on Ireland”. This worked perfectly with the theme of the album and so a new song was made and included.”

We spoke about the continuing appeal of older traditional songs over new material and Kate explained that she has to keep in mind that the older traditional songs are always new in the individual interpretation of the singer. These songs had to appeal in order to survive and to be been passed in the oral tradition.  No two singers, she explained, will sing a traditional song in the same way, so songs, like language, are constantly evolving.  The appeal and the challenge of traditional singing is to make a song your own, but the subject matter of song is also important, she says.

“Political and humorous songs fall out of favour with time and fashion. Songs of love and emigration, however, will continue to endure as long as the Irish keep falling in love and leaving home! I think you can see from the album that the songs I chose are traditional but with folk and art song influences.”

There are also newly composed pieces in a traditional style which she explains is probably consistent with her taste in traditional song.

“The reason why I might sing a song which is centuries old or another, newly composed, is because they are both quite simply, good songs.”

We put it to her that traditional songs seem to remain constant in their development, at a time when traditional music is expanding and finding new avenues of expression. Kate believes that traditional singing should continue to evolve and push the boundaries working with other genres of music and she has always been open to this. 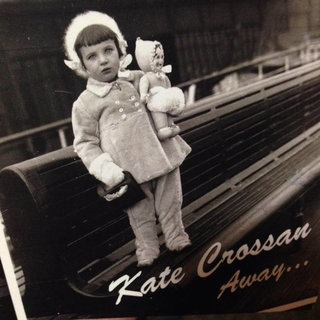 She recorded the song “ The Emigrant’s Farewell “with a Toronto  all-bassoon ensemble, called “The Caliban Quartet”: which she describes as “fun but definitely odd”. She also did other classical/ trad crossover work with Kevin Mallon and the Aradia Baroque Ensemble.

“Baroque music and traditional singing are a good match” she says. “I think there has been lots of experimentation with individual singers in soundtracks for film including my own work with Mychael Dyanna on the soundtrack for Atom Egoyan’s film, “Felicia’s Journey”.

“Traditional singers have experimented with singing to soundscapes,  but I suppose the question they have to ask is whether this adds to the interpretation of the song or not.  Singers have lyrics as well as melodies to contend with, so it’s not just a matter of the tune, but also of the words. I think this is why we see more crossover experimentation with musicians than vocalists.”

“I think the most far out thing in traditional singing in the last 20 years is not the style of accompaniment but the subject of the lyrics in English and Irish. New songs composed in a traditional style about contemporary issues are accepted and sung by traditional singers and some sad, some funny and others really subversive.”

I probably first heard  this  done by Fintan Vallely and Tim Lyons on their album, “Knock Knock Knock.”  I realised then that the newly composed traditional song could be modern, political, vital, hilarious , anarchic  and punk!”

“I am still shocked when I listen to Shane McGowan with his dangerous, cutting edge lyrics on the song “The Old Main Drag”.  The combination of a sweet ballad melody with brutal, Lou Reed-style lyrics, just makes the subject all the more poignant.”

“The beauty of traditional singing is that is it doesn’t need anything but a singer and a listener.  Many traditional singers would maintain that any accompaniment, at all, is too much, as it is an attempt to put a chordal and timing structure on a dynamic and personal interpretation and I would agree with this in the main.  You can hear it when a singer is confined by a structure and I do enjoy the freedom of singing a cappella. Lots of songs are interpreted better this way.”

“On the other hand much can be added to a song when the singer and musician are really in sync. Together, they can bring out the best in each other as any flute or fiddle player would.  If I do another album, anytime soon, it might be 12 songs unaccompanied or maybe murder ballads with gamelan or has that been done already?” The feedback she has received on the album has been very positive and she says she is honestly surprised by the lovely reviews and the amount of airplay it is getting here and in the States.  What has surprised her most is all the different tracks that are being played. She felt there would be two or three songs people would favour but that’s not what is happening. The best feedback so far has been from singers that she has grown up listening to like Cathal Mc Connell who gave very positive and honest feedback.

“I think people are responding to the Irish- Canadian theme and the variation in the interpretation and arrangement of the songs” she says.

There will be a few more launches this year and then she has some festivals in England, Switzerland and Canada this summer.

“I am honestly happy to see where it goes from here. There is no master plan for world domination.”

“Away” can now be purchased on Kate’s website www.katecrossan.com

Interestingly my radio program, The Celtic Road, on wfhb.org just aired my interview with Kate as well last Tuesday March 24th. The interview is about 40 minutes into the program. Here is the archived link: