Launch tour for 'Where the Heart Is' by Bernadette Morris - Heartfelt songs, drawing on her own life experience Having travelled the world since releasing her debut album ‘All the Ways You Wander’, including tours in Australia and the US, Bernadette Morris returned to the studio, this time with her own original material. On this ‘Where the heart is’ EP launch tour Morris and her band present a collection of her new songs which sit easily within the folk genre, as well as her own fresh take on traditional Irish songs and lilting Gaelic laments.

This is the second track from the EP called 'Forever Here For You'.

Where the heart is’ – is a collection of five songs, co-written with various talent from across the North of Ireland, Scotland and the US. Recorded in the beautiful Amberville studios by Arborist’s Ben McAuley, it features a collection of heartfelt songs, drawing on her own life experience. Bernadette has squeezed a lot into the last 4 years since the release of her debut album including getting married, touring, buying a home and having her first child, all of which are the inspiration for her new work. Each song reflects a period of time or place in her life and although they are very personal to her, they are themes relatable to us all.

The range of the tracks is a reflection of the diversity of her co-writers which include ‘The Answer’s’ Cormac Neeson, Donal Scullion, NI Soul Troop, Scottish singer- songwriter Bob McNeill, Country Music star Johnny Brady and Nashville’s Allen McKendree Palmer.

Having drawn praise from no less an authority than Paul Brady who said her “sweet pure voice rings clear above the rich and diverse arrangements, on a well-chosen collection of songs, both traditional and contemporary”. Colum Sands and John Spillane were likewise impressed with her debut album and felt that this EP is sure to garner similar recognition. Morris has gathered together a group of accomplished musicians on this EP including guitarist Niall McCrickard, Briste’s Emma Robinson on flute and whistles, Rohan Young on bodhrán, Niall Hanna on harmonies and pianist Richard Hill from Arborist. Morris also plays violin on the EP.

The ‘Where the heart is’ EP launch tour includes gigs at the Out to Lunch Festival, Belfast, the prestigious Celtic Connections, Glasgow, at The Square Box in her hometown of Dungannon and the Séamus Ennis Arts Centre in Naul with further dates coming soon. 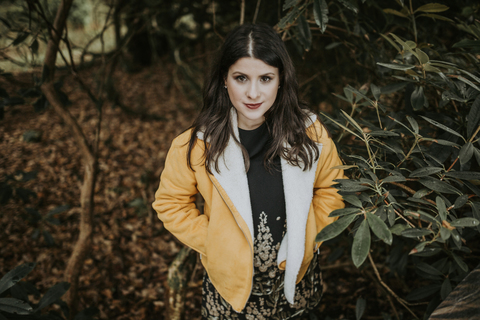 Tickets available at the following links