Líosa Murphy - her 'Skylark' album and European tour in March 2016 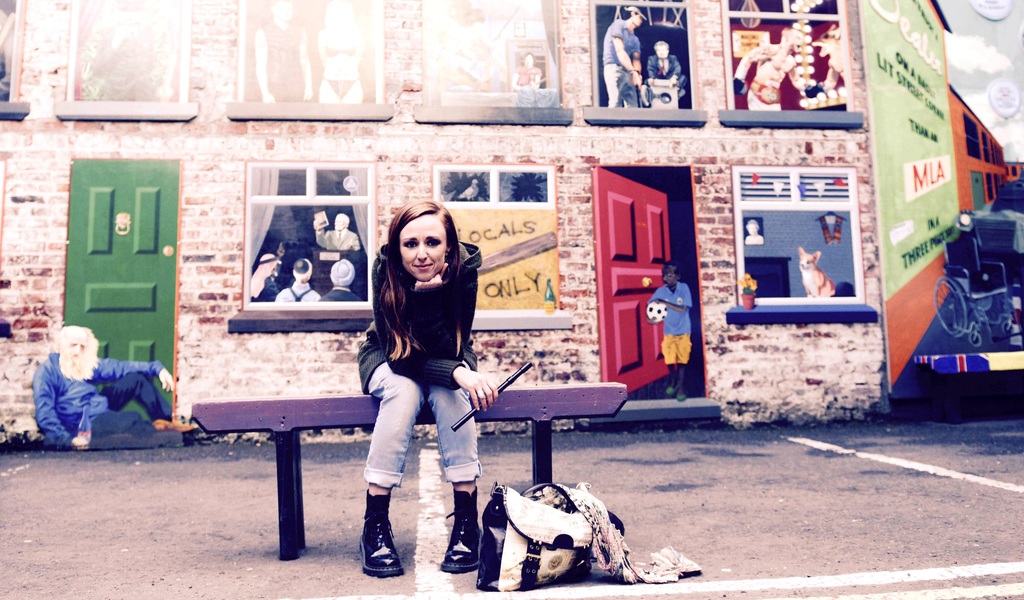 Líosa Murphy is currently on a promotional tour of her 2014 album Skylark, which we are this week adding to our Download Centre on Tradconnect.  The album presents some well known traditional ballads like Nancy Spain, Síuíl a Rún and Caledonia and gives them a very modern and contemporary edge with the use of world rhythms and electronic recording techniques. Líosa also applies these techniques to a number of traditional tracks on the album including the jigs The Coming of Spring, The Kinlough Fairies and the title track, The Skylark.

Líosa was born into a family steeped in Irish Folk and Traditional music and has been receiving warm acclaim for this recording. We spoke to her this week as she was setting up for a concert in Switzerland.

“We played here last year as well, and it was a nice surprise to be asked back”, she started by saying “We've done two gigs in Germany so far and had a great response, including a fantastic review in a south German newspaper, so we're all delighted with how everything is going. My manager started organising this tour last year and we thought the lead up to St.Patrick's Day would be the perfect time to tour and promote my music, promote Ireland and of course St.Patrick's Day itself, in the three different countries we are performing in.”

We asked about the traditional scene in Germany and why so many bands are now touring there.  “I think there is definitely a big trad scene in Germany in particular. I know a lot of bands that come out here and tour successfully. It's a huge country with a huge population, I've been told about 86 million people, so artists can reach a larger audience. Germans are also very supportive of the arts and live music and frequent their local music venues and theatres. They appreciate our culture, they love to visit our beautiful country and our traditional music is a really important part of that experience. And while Irish music is definitely appreciated at home in Ireland, it's just a much smaller country so audiences aren't always going to be as big. But no matter how small the audience in Ireland is, you can feel the big welcome and support!”

“The German's are a very respectful audience. I've seen how attentive they are to the slower music pieces, the ballads, which they really listen to. And they especially love the energy and power of the whistle tunes. I was delighted to see all the feet tapping! And I've been thanked so many times at gigs for 'taking them to Ireland' through my music. That's a really good feeling. I absolutely love Germany and love performing here.” 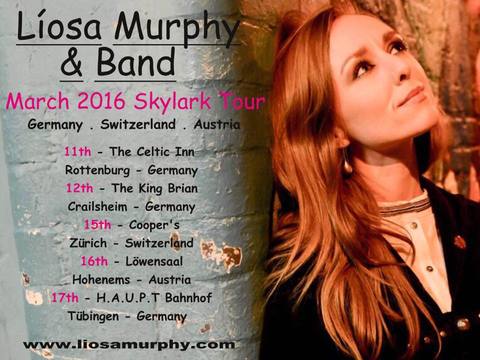 “Our gig in Zürich was crazy fun last year. It was my first gig in Switzerland and we had a mad, lovely bunch in, and I have a feeling they could be twice as mad this time! So the Swiss too definitely enjoy what we do!"

“It will be my first gig with the band in Austria as well, so I am also very excited about that. The likes of Altan, have graced the Löwensaal stage in Hohenems, with artists such as Cara, David Knopfler and the Raparees playing there this year also. So it feels pretty special to be performing in the same venues as these musicians.”

On her album Skylark she says she “has been getting great feedback since it's release, with online sales from as far away as France, America and Australia. And 2016 will definitely see the start of a new album recording. I can't wait. Have lots of ideas and a few new tunes that need to be brought to life in the studio, and with the calibre of musicians that I am currently playing with, I know I can look forward to a fun and creative experience.”

“We are also in the process of booking an Irish tour in August. St.John's in Listowel is confirmed for the 12th and I can't wait to take this fantastic band of musicians home and play in front of a home crowd.”

Líosa’s remaining concerts are detailed on the image above.

For more information you can visit www.liosamurphy.com where the album can be purchased. You can also download it from www.cdbaby.com

And for broadcasters, the Skylark album is now available in our Download Centre.

Ahem - neither Nancy Spain nor Caledonia are traditional. the former was written by Barney Rush, the latter by Dougie MacLean - unless Liosa recorded the Robert Burns song.