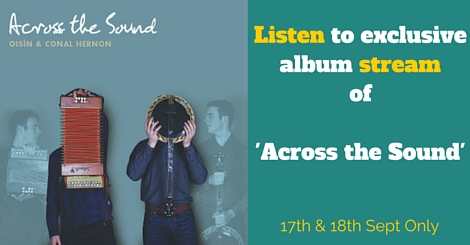 We have also just launched this album as part of our Worldwide Album Launch Series which you can read here.

This recording is dedicated to their late grandfather, Michael “Inky” Craven, who they describe as a “musician, mentor and the wellspring of their talents.” This album is a departure from the norm as it includes all new compositions.  They are joined by Tara Breen (fiddle), Tommy Keane(uilleann pipes), Jim Higgins (percussion), Eugene Killeen (strings, bass, percussion) and Locko Cullen (bouzouki).

The album has been released by Cló lar-Chonnacht and is now available for purchase from their website.

THIS STREAM HAS NOW ENDED. Check out our Worldwide Album Launch article.