Listen to 'Roarie Bummlers' from the new album by Solas 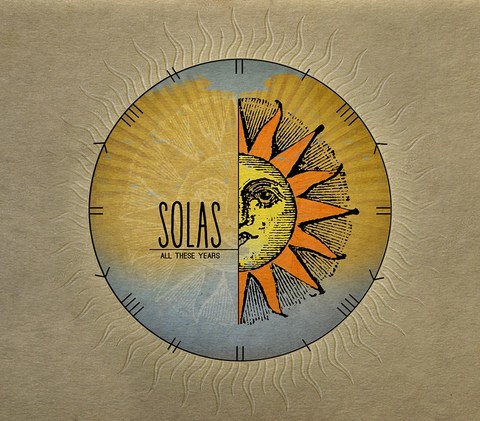 Solas have released a second track from their brand new album which they called ‘All These Years’.  We premiered an exclusive single from it in January and highlighted the fact that the album it is a celebration of 20 years together as a band. It was launched at Celtic Connections in January, followed by a US tour.

The current lineup includes multi-instrumentalist and founding member Seamus Egan, founding member and fiddler Winifred Horan, accordionist Mick McAuley, guitarist Eamon McElholm, and new member Moira Smiley on vocals. To add additional interest to the album they have invited a number of previous band members to be part of the recording. This includes singers Karen Casey, Deirdre Scanlan, Mairead Phelan, Niamh Varian Barry, and Noriana Kennedy. Early band members like John Williams on accordion, and guitarists John Doyle and Donal Clancy also make a very welcome appearance. “We thought it was a way for us to celebrate the past with all of the people who had been important to us over the years,” explains Seamus Egan. “But we didn’t want to use this as an exercise in nostalgia, because we weren’t interested in that at all. Even though we’ve been at it 20 years, I think creatively we’re still as excited about the possibilities as we were back then.”

Check out more on www.solasmusic.com