Listen to samples from the new Christy Moore album 'Lily' 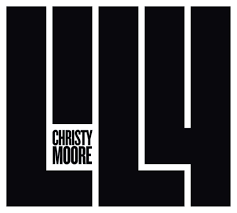 Folk legend Christy Moore released his new album Lily yesterday on the  Columbia label by Sony Music. Included below are samples that have just been released. You can order the CD from iTunes or Tower Records. Produced by Declan Sinnott, Lily features ten new songs. Lily starts the story-telling with Christy's early memories of County Kildare, and the album takes us on a journey across the water and back home again with songs from Christy, Peter Gabriel and local heroes; John Spillane and Declan O'Rourke. Regarding the album Christy says “I have assembled 10 songs over the past few years and gathered them into this new collection.I rehearsed, arranged, recorded and mixed them with Declan Sinnott, Jimmy Higgins, Séamie O’Dowd, Mairtín O’ Connor, Cathal Hayden, Vickie Keating and Andy Moore.

It has been a labour of love for us. I hope that you will find something that appeals to you.