Born to a musical family deeply rooted in Irish culture and traditions, French flute player Lucie Périer has toured with bands Les Round'Baleurs and Trio Tarare for over a decade and has just released a debut album with breton band Trio Tarare (fest noz). 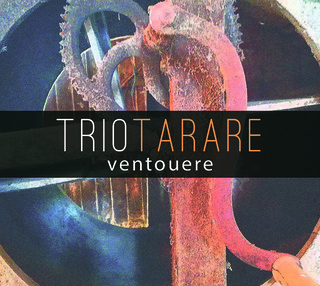 After touring for 10 years, breton band Trio Tarare has just released their debut album " Ventouere". An album featuring mostly new compositions by the three musicians Nicolas Gicquel (clarinet, whistles), Manon Gicquel (accordion), Lucie Périer (concert flute). Their music is textured, delicate, sensitive and definitely made for dancing. The repertoire of the trio compiles a wide range of breton dances, but also some fine Irish tunes with the set called "Road to Ballyferriter". This set opens with a march composed by Nicolas Gicquel then goes into polkas and a reel. It clearly shows the great influence Irish music has had on the three of them and their playing.

Fusion and emotion, tunes are played right from the heart.

Find out more about Trio Tarare

Tunes In The Kitchen

Lucie has also released a series of videos called "Tunes In The Kitchen', playing tunes in her kitchen in Brittany or in  friends' and relatives' kitchens before finding a new home in New Caledonia in a couple of months, a place where, the word has it, Irish music is thriving...!