Maurice Lennon on his lost recording called "The Little Ones" 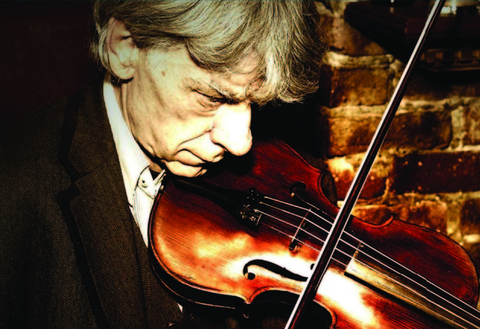 The Little Ones, is a Maurice Lennon composition that we posted on Tradconnect some time back. The track also appeared on Maurice’s latest album, of the same name. Maurice himself posted a comment about the track on his Facebook profile recently, and it’s as good an excuse as any to bring the track back up to the top of the pile.  Here is what he said.

“There is a nice little tale with this track, that I thought I might share with you. It was recorded 15 years ago as a demo track.

When I was putting the album together my brother David, my go to man for these recordings, asked me about it and I told him that all I had was an old cassette recording. He then tried to contact L&G studios in Longford to trace the original recording only to discover that the studio had closed 10 previously.

Two weeks later he accidentally met the then owner only to find all the recordings from that time were no more. Then, he got a call to say that five DAT were found in the studio owners attic. The chances of this recording being there were slim to none...low and behold on tape number three he found the original recording which you hear on this recording.

Serendipity is a beautiful thing! I would like to thank Paul Roche, one of Ireland's finest for his lovely whistle playing. While he was recording the whistle a little one landed on the skylight in the studio and started to whistle back to him. Thanks also to Eamonn McElholm for his sensitive piano backing and to Paul Gurney for engineering. The little one on the front cover is my precious daughter April, when she was only five days old. Enjoy and thanks for taking the time to read this. M.”

You can also read our album review.