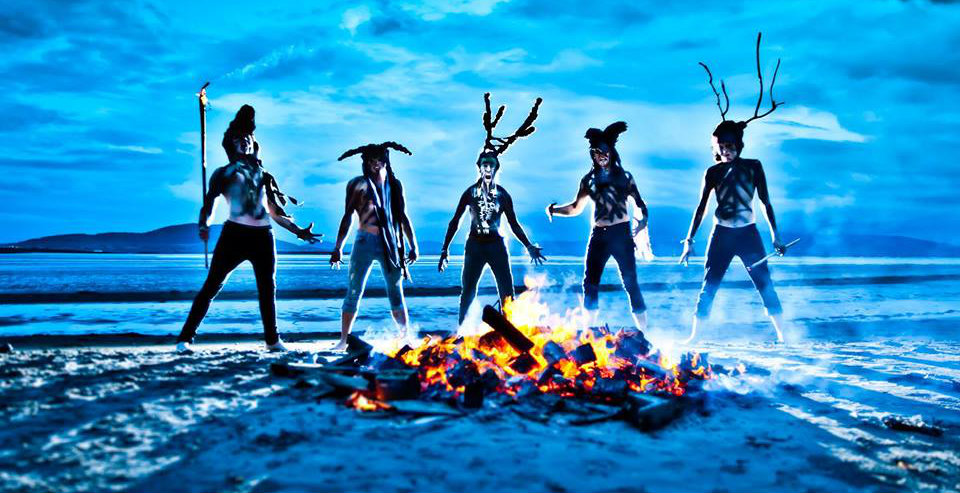 Moxie have arrived.  Their debut album called Planted has will be released on 25th August.  To accompany the release they have today posted an official video of the opening track, also called Planted.  As an official music video it sets new standards, especially within traditional music. We spoke to Darren Roche earlier in the week about the pressure that must have existed in delivering this much anticipated album. "Before we even got to the studio we were under a lot of pressure" he said.  "We were focusing on getting all of our material completed for the recording! It was hectic!"

"We were excited to get recording but also wondering what the album would sound like. We didn't really know what we were in for.  Thankfully we had our heads screwed on and the recording went pretty well.  When we had some time free in the studio, we also composed some additional material, and added it to the tracks with some of the music evolving in that way. We only had 5 days to record and we thankfully got it all done!"

There has been a lot of hype around Moxie and whether they can live up to it will be determined by the reaction to the album.  While it has a "traditional backbone" as they describe it, it is also infused with elements of jazz, rock and many other world music elements.  New compositions dominate with tracks evolving from the many influences that the band members have been exposed to down through the years.

"Well we just go for whatever we feel will work" Darren says. "We all listen to the same sort of music but we also have different influences at the same time. Some days we create from scratch and other days we work on a composition that one of the band may have written.  It could be a real old traditional Irish tune or a French tune - anything in fact was open to consideration!"
Describing their music for them is a challenge. "Fresh and connected to nature and emotions?  Not really sure" he says.  "We'll just have to wait and see what people think of it."
On its evolution both within the studio and outside Darren says that "we spent 5 months straight together! We spent almost everyday with at least one member of the group so we always had some sort of music coming out of our heads! It depends who is on what instrument? Who is accompanying or who is playing melody?  We would attempt to come up with a structure. Then, we would separate. Some would go upstairs working on the melodies and others would stay downstairs working on bass lines/rhythms.  We felt that was the best way to work.  It also helped to speed up the process.  Different parts of sets were composed in different areas too, be it at Darren's house down in west Limerick, in Sligo and even in Cillian's house upstairs from the Temple Bar Pub in Dublin - that was where we would practice most days!"

The album will be launched at the Sligo Fleadh this week and then the band are touring America for a month.  More album launches will follow in Ireland in September/October. The band are also signed to LYTE records and hope to spread their appeal to a wider audience.