Returning to his hometown of Grantown-on-Spey, Napier’s collection of new compositions and songs were specially commissioned by the new Grantown East: Highland Heritage & Cultural Centre - the formerly derelict Grantown East railway station that is been lovingly restored as a cultural centre and is set to open on 2nd November 2018.

In 2016, the new owners approached Hamish, as one of Scotland's finest traditional wooden flute players, to capture the sounds, atmosphere and culture surrounding the old Speyside Line.

In the course of his research for the new album, Hamish conducted interviews with railwaymen closely connected with the Great North of Scotland Railway, including Jimmy Gray (93, a driver from Aviemore), Jocky Hay (94, a driver from Inverness) and James Telfer (94, the last signalman at Grantown-on-Spey East Station). Many of the tunes and songs on The Railway have been inspired by the great stories these men have to tell about their working lives. 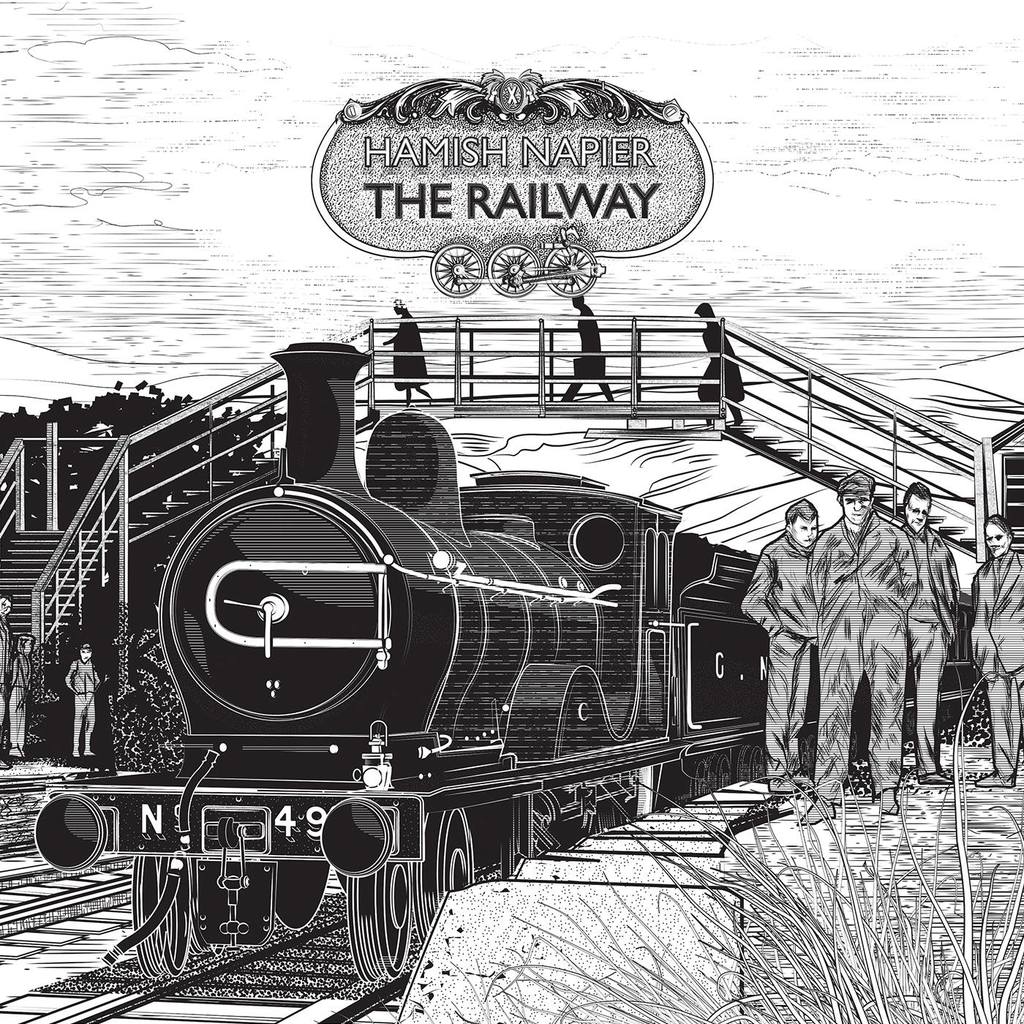 A few words from Hamish on his new album: “When I performed my debut album in Grantown during the summer of 2016, the new owners of the Grantown East: Highland Heritage and Cultural Centre approached me and asked if I would compose a soundtrack for this fantastic new venture - I was so honoured to be asked!

“‘The Old Railway Station’ as I called it when I was wee, was just over the river from my house. It was haunted and as a dare my brothers, pals and I - including Fraser Stone, the drummer on this album – would sometimes sneak into the forbidden derelict buildings. Over two decades later, with the ruin carefully restored as an important local monument and centre, the ghosts of the railway people are given a platform to tell the world their story.

“This album is dedicated to the railwaymen and women who I spoke to during my research – the inspiration for so much of the material on this album has come from them and the stories they shared with me about their working lives.

“I am so honoured and proud to be given the opportunity to help bring new life to the heritage of my local area with this album. I hope that the listener feels that the music, lyrics, titles and tales capture the atmosphere and sounds of the lost railways of the North and the people that were closely connected with them.”

Hamish Napier is originally from Strathspey in the Scottish Highlands. For over a decade he has been an integral part of Glasgow's vibrant folk music scene, whilst also touring in Europe and North America.

Hamish and his band will present a live performance of The Railway as part of Piping Live Festival in Glasgow on August 17th & 18th, they will also do be performing a live set for BBC Radio Scotland’s Travelling Folk special from the Edinburgh Festival on Sunday 5th August before going on to open the new Grantown East: Highland Heritage & Cultural Centre on Friday 2nd November.

He has recorded on over forty folk albums to date, recording with leading Scottish musicians such as Karen Matheson, Donald Shaw, Mike Vass and Eddi Reader.

Over the last decade, Hamish has been shortlisted for twelve MG Alba Scots Trad Music Awards, including Composer of the Year, Album of the Year and Tutor of the Year.

For more information on Hamish Napier please go to www.hamishnapier.com