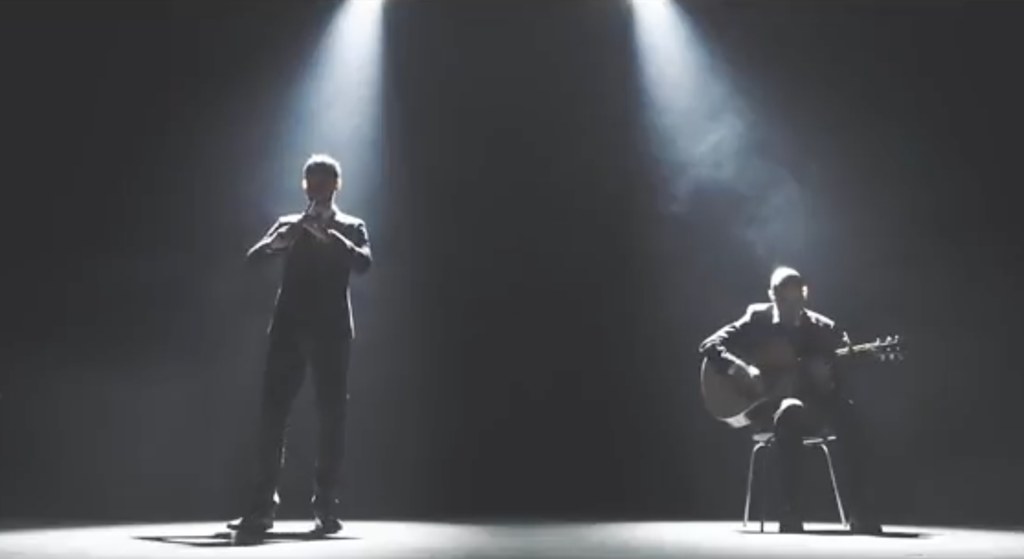 The project is called ‘Event Horizon’ and at first glance it may be a little hard to grasp the project’s intent or its categorisation in music terms. It unites Irish and Scottish music with electronic and cinematic music and is gathering momentum to evolve into a futuristic dance and light show, all inspired by cosmology and space exploration, according to Geza. Those involved in the project come from a wide array of countries and backgrounds.

You will find well known names from the Irish and Scottish music scenes like Tyler Duncan (The Olllam, Notify), Barry Reid (Treacherous Orchestra, Croft Nbr. 5), Cathal Keaney (Lord of the Dance), and Italian fiddle player and former Riverdance lead fiddler David Lombardi. As well as that, up and coming US electronic producer Jake Birch (Vulfpeck) is involved with the project. Geza, Jean and David are also part of the group Fourth Moon who we have featured here on Tradconnect.

This new music is currently being scored for orchestra, “in order to deliver even more sound and to be able to paint a fuller and more vibrant musical picture”, they say.

Geza and Jean state: “The age of space exploration is upon us and within our lifetimes we will see technological leaps beyond our imagination. We felt we needed to create a music and performance that reflects that fact and that catapults Irish and Scottish music into that age. The arts often prelude times to come and so we believe that we can herald a time of heightened public interest in science and an understanding of the importance and beauty of space exploration as a common goal for all mankind."

Having just released their first music video, which we include, they feel their aesthetics and musical vision becomes immediately clearer to the viewer and listener. The track is called ‘Proxima Centauri’, named after a star system that is a mere 4.2 light years distance from our own solar system and our our closest stellar neighbour. They say: “Proxima Centauri is very likely to be one of the first destinations for space exploration beyond our own solar system. This track was inspired by the imagination of a sunset on a planet orbiting Proxima Centauri, its warm red light adding to the exotic otherworldly scenery of a faraway world, which we might visit one day.

There will be an album to follow in December. Visit www.eventhorizonproject.com