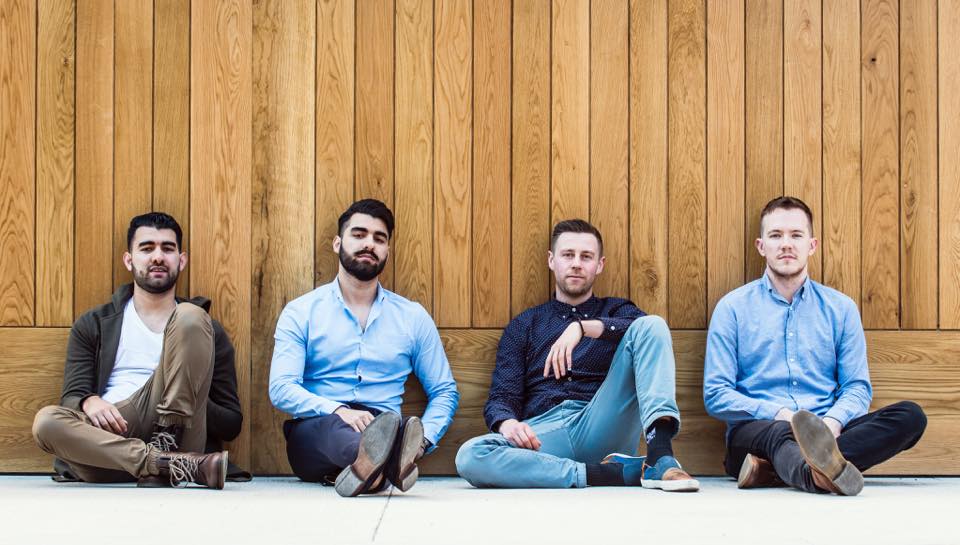 The exploration of new traditional sounds continues apace with the release of Tapestry, a new collaboration by Navá, a group of young musicians who explore the relationship between the ancient musical cultures of Ireland and Persia. It is comprised of folk/bluegrass musicians Paddy Kiernan and Niall Hughes, and Iranian brothers Shahab and Shayan Coohe.

Since forming in early 2016 they have been receiving a lot of attention on both the festival circuit and on national radio. This recording will make their music even more accessible with all tracks now available for radio broadcasters globally through our music download centre here on Tradconnect.

This is Track 1 from the album.

Niall Hughes is originally from County Mayo, but now lives in Dublin where is widely known as one of the most versatile and creative bass players in Ireland. He currently plays with a whole host of bands across the musical spectrum including Afro-Soul band Fehdah, modern string band Pine Marten, Irish group The Dixie Micks, Lisa Canny and The Blue Light Smugglers.

Paddy Kiernan is one of Ireland’s most in-demand banjo players and teachers. He currently plays with Roots/Bluegrass band Lands End, the Niall Toner Band and modern string band Pine Marten. Constantly pushing boundaries on his instrument, Paddy was the first 5 string banjo player to graduate from the University of Limerick MA in Traditional Music Programme.

Shahab Coohe started his music education aged 8, under the direction of Majid Kiani, one of the contemporary masters of the santoor (a trapezoid-shaped stringed instrument that pre-dates the dulcimer and piano). He also plays violin and is currently studying performance at the Royal Irish Academy of Music.

Shayan Coohe started playing the Tombak under the direction of Master Arjang Kamkar at the age of seven and went on to study Tar (a plucked string instrument which pre-dates the lute and guitar). Shayan continued his studies at the Conservatoire of Music in Tehran aged 11. He also plays Daf, Setar and Tanbour and is currently studying Clarinet at the Royal Irish Academy of Music in Dublin.

‘Tapestry’ was recorded at Hellfire Studios, an intimate studio in the Dublin Mountains, overseen by Adrian Hart (I Draw Slow, Yurodny) and Tony Byrne (Julie Fowlis, Danù), and supported by the Arts Council of Ireland.

"The album charts a unique sonic landscape, weaving material from the Irish and Persian traditions into a beguiling tapestry of sound, and treats listeners to a joyous exploration of the connection between two venerable musical cultures."

You can now stream or purchase the album from Bandcamp and it is also available as a free download if you are a radio broadcaster and member of our Download Centre here on Tradconnect.