New Book : The Wheels of the World - 300 Years of Irish Uilleann Pipers 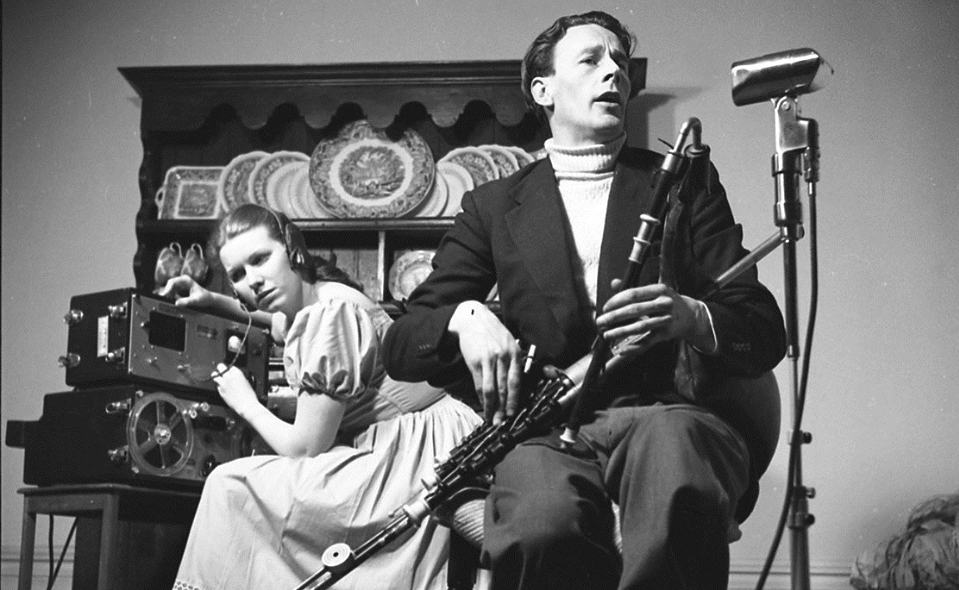 The book evolved from renowned piper John McSherry asking author and acquaintance Colin Harper if he fancied helping create a small book based around transcriptions of his (John’s) compositions and interpretation of traditional tunes, with perhaps some biographical material.

Being an historian at heart, Colin’s instinct was to expand the prose content in order to cover something of the uilleann pipes’ history and, specifically, the three individuals from the generation before John who were a formative inspiration on his own playing: Finbar Furey, Liam O’Flynn and Paddy Keenan. From there, it seemed natural to look at the key players from the generation before these three:Séamus Ennis, Willie Clancy, Leo Rowsome and Johnny Doran. And prior to that, Patsy Touhey at the very beginning of recorded sound and backwards in time to the origins of the instrument itself, if such were possible, around the beginning of the 18th century.

The concept of the book soon became somewhat epic in scale. The question was, would there be enough research resources available? And would there be any demand for such a book?

Colin and John were fortunate to secure a certain amount of National Lottery funding towards the project and also fortunate indeed to secure the involvement of internationally distributed music biography publisher Jawbone Press, through the personal enthusiasm of MD Nigel Osborne. These two factors were crucial in creating a viable window of opportunity in which to create The Wheels Of The World – albeit, a window of opportunity lasting barely eight months.

A chapter on John McSherry’s life and career opens the book, written by John with some assistance from Colin and incorporating interviews with several of his key associates: Dónal Lunny, Michael McGoldrick, Tíona McSherry, Dónal O’Connor.

A chapter introducing Finbar Furey, Liam O’Flynn and Paddy Keenan – three players who brought uilleann piping to wider attention outside of Ireland during the ‘rock era’ of the 1960s and 70s – is followed by substantial multi-interview chapters on these three.

A chapter introducing Séamus Ennis, Willie Clancy and Leo Rowsome – the three pipers who dominated the mid-20th century and who remain influential to this day – is followed by individual biographical chapters on each, along with chapters focused on the extensive BBC careers of Leo and Séamus based on hitherto untapped documentary sources.

A 12,000 word chapter on Johnny Doran, perhaps the most iconic piper of the 20th century, follows, combining material from numerous documentary sources to create the most accurate and detailed portrait of the man now possible. 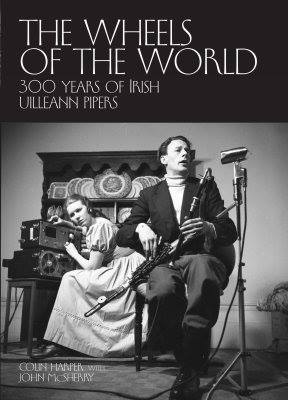 Chapters follow on Patsy Touhey and Piping Before 1900 – the latter being a detailed and perhaps surprisingly entertaining synthesis of much previously published but scattered knowledge from myriad sources over a 300 year period.

The main text of the book concludes with two chapters on Piping In Ulster – the supposed ‘poor relation’ of the four provinces of Ireland, though evidence proves the contrary. A chapter on the history of Northern pipers includes such fascinating characters asWilliam Kennedy, Walker ‘Piper’ Jackson, Turlough McSweeney,  R.L. O’Mealy, Wilbert Garvin, Séan McAloon and more – right up to Barry Kerr and Sheila Friel in the 21st century. John McSherry’s voice – heard throughout the book as an interviewee – is heard again to a significant degree towards the end of this chapter. The second Northern chapter is dedicated to the widely admiredBrian Vallely and his Armagh Pipers’ Club.

Interviews (2014-15) were conducted specifically for the book with:

Nearly 60 images, many previously unpublished, are included in the book.

The Wheels Of The World is published in a strictly limited edition of 2000 copies. If sales are positive, the authors will try and make a second edition possible. Source : Book website

THE LATE JEAN RITCHIE DOING THE FIELD RECORDING ON THE COVER!

This is a lovely project! But where can we get the book?