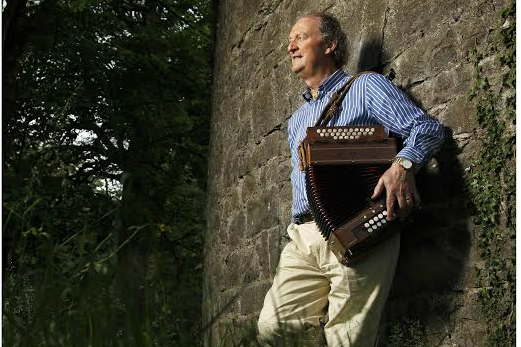 In 2015 Matt Cunningham celebrated 50 years in music with a weekend of music, song and dance in his home town of Headford. TG4 were there to capture this unique event which will be the backdrop to this captivating documentary, ‘Rí na Seite’. Matt has become a household name in the Irish music world and he is one of the most popular performers within the set & céilí dancing scene and a pioneer where his recordings for dancers are concerned. Matt’s recordings are responsible in their own way for the preservation and popularisation of set & céilí dancing across the globe and we talk to dance teachers and dancers alike about his influence.

In this film Matt takes us into his family home in Headford Co. Galway where we get to know the husband and father in intimate detail from his childhood and musical memories to the popular troubadour he is today. Talking candidly as he farms the land and then gets ready to head off to a gig, the audience will see the multifaceted man that he is. With contributions from broadcaster Kieran Hanrahan who has worked with Matt on numerous occasions over the years to Philomena Begley who shares a song and recounts with great fondness the times she played with Matt in Pontins in the UK.

We hear from all his family about growing up in such a musical house and from his wife Kathleen who spent many a sleepless night waiting for him to come home and in later years waiting for the whole family to come home. Matt started his music career in Teach Furbo in Connemara playing support to folk bands of the time like the Wolfe Tones and the Dubliners. He was regularly invited to play with these bands and developed a very good relationship with them down through the years. Matt and his band tour Britain and the United States annually and he has brought his music all over the globe to the delight of thousands.

Along with performing, we delve into Matt’s teaching career which spans 30 years. Many students have passed under his guidance and continue to bear the fruits of his talent. Therese Tracey was one of those students and now 20 years on her own daughter is going to lessons with Matt. His influence will be noticed in generations to come.