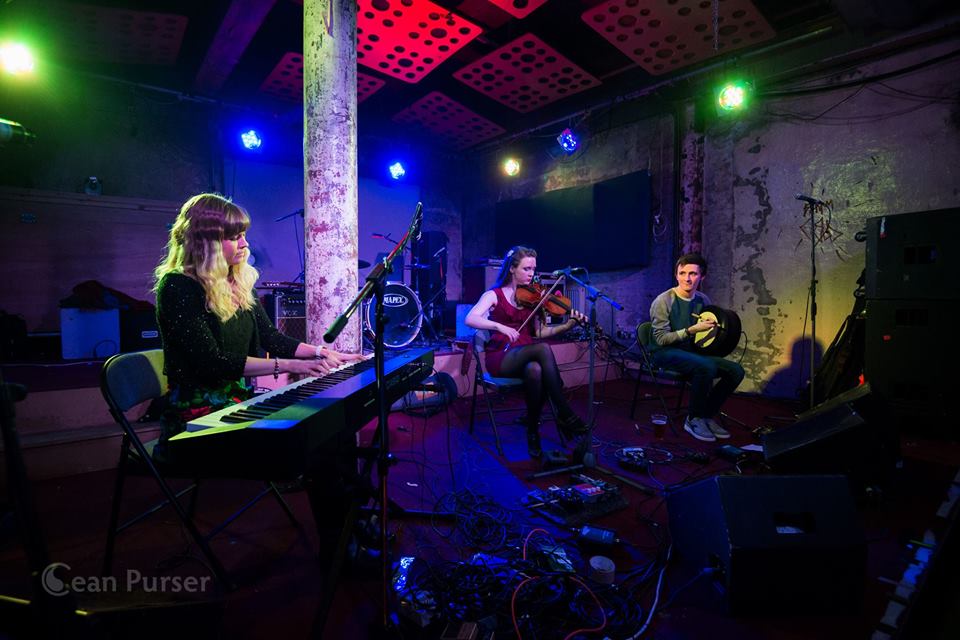 Gráinne Brady and Tina Jordan Rees are a fiddle and piano duo with roots in Cavan and Clitheroe.  At the moment they live in Glasgow and have released an EP that may evolve into an album.  It includes 4 impressive tracks that deserve a little more attention. They are all new compositions with a very creative use of piano and fiddle. We spoke to Gráinne recently on the background to this duo.  Gráinne is originally from Cavan and moved to Glasgow to study a Masters in Maths.  " I learned music from my father" she says, "I developed my style initially through playing sessions predominantly in Leitrim and Clare. Then I moved to Glasgow in Sept '11 to study and proceeded to play as much music as possible because Glasgow has a very vibrant folk scene. My style therefore has been more Scottish influenced in the last couple of years."

With regard to this new partnership she confirms that her musical partner Tina grew up in Lancashire.   "She learned Irish music on whistle/flute and classical piano and also did Irish dancing. She then studied for a BA (Hons) in Traditional Music, half in Limerick and half in Glasgow and it was through her University studies that she took up traditional music on piano". In the past Tina also played keyboard at feis's and then went on to release two Irish dance music Cd's. She was also a finalist in the 2011 BBC Radio Scotland Young Traditional Musician of the Year and a nominee at the 2013 MG Alba Scots Trad Music Awards in the "Up and Coming Artist of the Year" category. "Both of us have been composing music since we were teenagers and really enjoy playing and arranging our tunes. We mostly take inspiration from the Irish and Scottish music we already play."  With regard to this EP they started thinking about it in January '13 and recorded it in February/March of that year, releasing it online in the process.

"Our official launch took place in The Lismore Bar, Glasgow in June" she says, "where we also host a weekly Tuesday night session which started in March '13.  We have since then been doing gigs in and about Glasgow and are hoping to bring our music home to Ireland at some stage."

Its all new compositions with some lovely melody interplay between fiddle and piano, punctuated with lots a pauses and stops.  If you want more information on their music you can visit their website, www.grainneandtina.com

On my show tomorrow