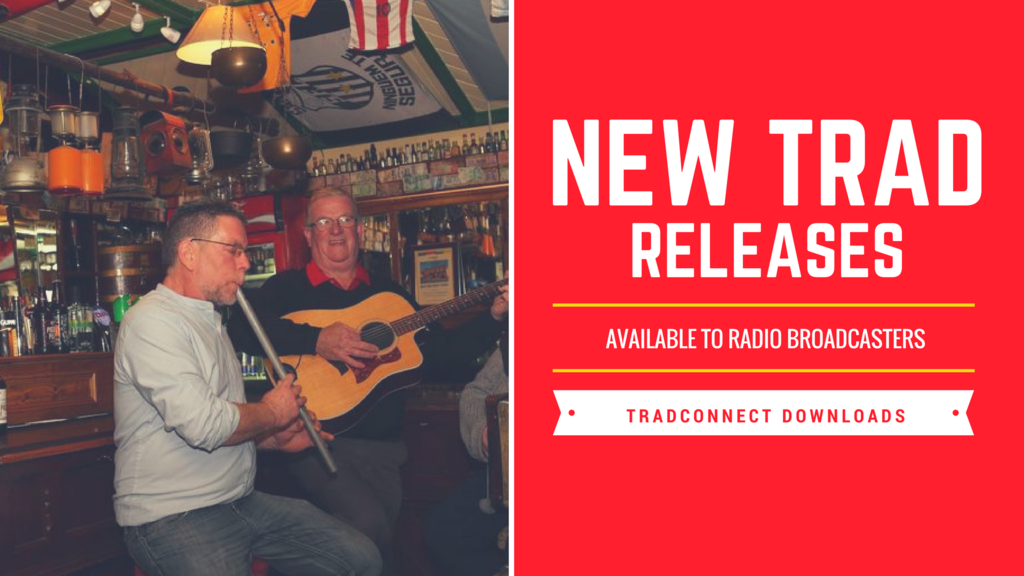 We upload your album in MP3 format with liner notes and other links to a private area on Tradconnect, and the approved broadcasters download the albums to play on their various radio station in Ireland, USA, Canada, Australia and Europe. All broadcasters are pre-approved before gaining access.

It saves the artist a lot of money and to date, we have distributed over 55,000 tracks from over 130+ artists.

In the last month we have added Down the Strand by Therese McInerney, In Troubled Times, wild Winds by Artisan Row and The High Seas.

If you have a new album on release and want to have it distributed to the worlds Irish radio stations, contact us.

Therese McInerney - Down the Strand

Down the Strand is the debut release by Clare native Therese McInerney. It features a combination of traditional fiddle and song and in a recent review we highlighted that it was “heartfelt, resonant and had within it the natural expression that can so often elude young musicians in the studio for the first time.” Read More

“In Troubled Times” is a compilation album released in April 2018 on the Touch of Blarney music label. The album was released to coincide with the 50th anniversary of the Derry Peace March which will occur later this year. It was an event igniting a struggle for civil rights and religious freedom which cost the lives of over 4,000 people and maimed and injured 10,000 more, now known as “the troubles.” Read More

Wild Winds is the debut release from London-based traditional / folk quartet Artisan Row. The album was recorded, mixed and mastered by quadruple Grammy-nominated producer and musician, James McMillan and is already receiving critical acclaim. Writing in the Irish Echo Dan Neely said that, “although its music is suffused with the familiar elements of Irish tradition, the players temper their overall sound with a range of influences and ideas to produce a fascinating and eminently listenable mix that will appeal to Irish music fans that follow contemporary style.”  Read More

The High Seas are a new trio made up of musicians Caitlín Nic Gabhann (concertina, dance), Ciarán Ó Maonaigh (fiddles) and Cathal Ó Curráin (vocals, bouzouki, fiddle) and they have just released their first self-titled album. The band skillfully weave together the colourful strands of Irish music, song and dance into a tapestry of tradition, giving a sonic performance that is both playful and profound, ethereal and brooding.  Read More