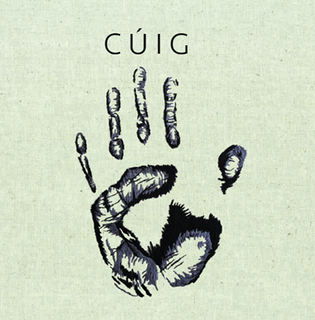 Cúig have released a third track from their debut EP.  The track is called Speed Bumps. They say it is "a set of Breton and Galician tunes with a great story behind it involving Eoin, a bike and a speed bump. We put this set together in a small, sweltering hotel room in Albiez-Montrond, a remote village in the French Alps."

We recently featured an interview with the band,  covering their influences and their new EP. The bands inspiration comes from just about anything they say. Guitarist Ruairí Stewart states that their music has deep roots “within the boundaries of Irish traditional music” adding that “we’re not afraid to take inspiration from Breton, Galician and American Bluegrass styles.  With regard to individuals that have inspired them he says that “there is no real central figure but rather a multitude of them ranging from the likes of Dermot Byrne, Cillian Vallely, Jim Goodwin, Cathal Hayden” and many more both locally as well as internationally.

Their website will be live later this month and the EP can be downloaded from there.

In the meantime check out their Facebook page www.facebook.com/Cuigmusic