New video from At First Light - Live on RTE 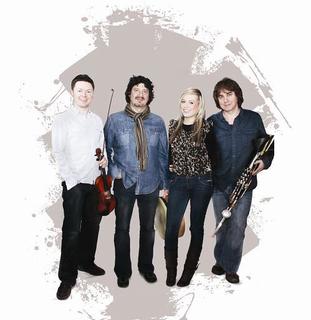 Here is a new video of At First Light that featured on RTE at Christmas.  It features new member Ciara McCrickard on vocals singing Aird Uí Chuain.  Ciara is a native of Castlewellan in County Down and is steeped in the Ulster singing tradition.  The name At First Light came from an album released by ‘Lúnasa’ founders John McSherry and Michael McGoldrick and developed from there into a band.  The core of the band is John McSherry, Dónal O' Connor and Francis McIlduff.

"Throughout the band’s life, various guitar and bouzouki players have passed through the ranks, including Tony Byrne, Ruben Bada,  Paul McSherry, Alan Burke and more recently Michael McCague. While the band has always remained constant with John, Dónal and Francis at its core, these fine string players have, in a way, become associate members, performing and recording with the trio when the opportunity arises" according to their Facebook page.  This is a fine track with the addition of Ciara McCrickard a definite plus.