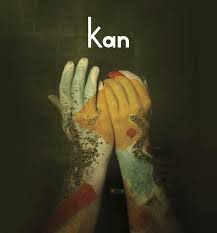 It's been a varied few months for the Kan lads - BBC Folk Awards, Kan babies learning to walk and talk, strange forays into choral composition and some fantastic gigs too. Full stories below.

We've got gigs planned for Ireland and England this coming May, and looking towards the summer we've got a couple of great festivals already announced.

There are now a bunch of excellent videos online of some our performances at Festival de Ortigueira.  An amazing festival.

IAN TURNS HIS HAND TO COMPOSING 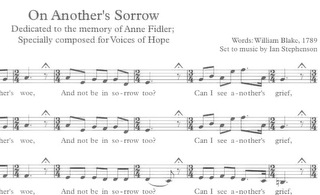 Since the last update Ian has been working hard composing and arranging and has seen his choral arrangement of Water of Tyne recorded in Canada and performed all over the world.  He has also been arranging music for EFDSS' Full English project and has written a specially commissioned piece for Kathryn Tickell's new ensemble "The Side" alongside other composers Agustin Fernandez and Django Bates.  In total he's written 6 new works since January!

Jim has been enjoying a varied diet of drumkit, dressed exclusively in black: HK Gruber's extraordinary 'Dancing in the Dark' with the BBC Philharmonic; suite from 'West Side Story' with the Liverpool Philharmonic; contemporary music with master Swedish trombonist Christian Lindberg; and music from the movies with Royal Northern Sinfonia. Now for a nice paisley shirt and tie. We had a brilliant time at Celtic Connections 2014, Aidan was gigging like mad as usual and the rest of us flew/trained/drove in to Glasgow for a whistle-stop double header appearance with the brilliant Seth Lakeman at the O2 ABC, home of Europes largest mirrorball!

It was with a heavy heart that we had to postpone our February-March 2014 tour in Scotland due to Brian being ill. Heartfelt thanks to everyone who dedicated themselves to booking this tour and any of you who bought tickets for the shows. Your understanding was very much appreciated. Special thanks to Creative Scotland. We're planning to reschedule the tour for the same period 2015. 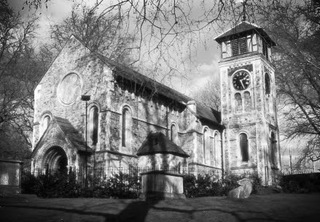 We're really pleased to be returning to London for another "Pull up the Roots" gig, this time in the amazing venue that is St. Pancras Old Church, on May 22nd 2014.  Tickets and info here.

That's all for now.

Hope to catch up with you again soon.