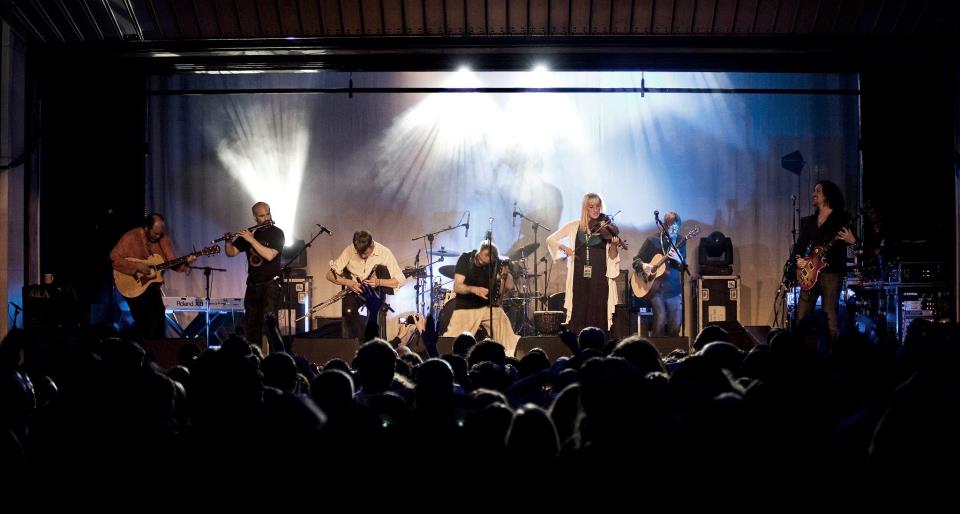 It’s been a busy time and so apologies to all of you who have been looking for information on gigs and festivals etc. We’ve been playing at some wonderful festivals recently and there are more good ‘uns to come!

Last year in Malaysia we met a Croatian band Kries  who convinced us to come over to their festival. We will be playing in the ruins of an ancient amphitheatre! How bad!

We haven’t been to Urkult in maybe 15 years. It is the furthest gig north we’ve ever played – in a natural amphitheatre in a forest where the sun doesn’t set! This is the 20 year celebration for the festival!

Carnival atmposphere by the River Trent for the Riverside Festival.

We have never played in Laois before! A first! Details still being hammered out!

This festival is situated in the Austrian Aps and we have the wonderfully talented Lisa Hannigan playing before us! Happy days!

A festival in the forest with great people. Drummers with a get up and go. This is going to be one of those great gigs. I can feel it in my bones!!!

The Fleadh. The streets will be teeming with people and 5th on Teeling will be jam packed!

This has become an annual event – Dublin in August. Whelans in August!

Four of us wrote and played the music for this radio play, that was adapted from a stage play. Last year it won the Prix Europs for Best Radio Drama and this year it has taken on the world and won the gold medal at the New York Radio Awards for Best Radio drama. It is hoped to have it aired on RTÉ soon. And we are hoping to print a limited edition cd of the play very soon too.

Brian’s band is flying at the moment. Details can be found on his web site but suffice to say that both recent  singles 'Come On' and 'Jericho' have been play listed on mainstream radio and his album is going to be released in August in Ireland and is being released in the UK this month! Hey even Alice Cooper played 'Come On' on his radio show!!!!

Check it out – dates and all on the Preachers Son web site.

Music we wrote for a Palestinian Documentary has bee used for a programme called Glórtha Aduaidh. It is a short film thus far but the hope is that it will be developed and will become the beginnings of something like a Truth and Reconciliation forum.

Song of the Sea is completed! Toronto Film Festival is still the launch date! We will get to see it in the cinemas in the next 12 months. Exciting times ahead! Yippee!!!

Mising happening as I write! Cover being worked on in the Prelude Arts Centre in Bray as I write! Kíla boys and gilr anxious that it gets out as soon as  possible for all you patient folk who have expressed great desire for  a new Kíla album.

·      Rossa’s Puball Gaeilge is going to be on for its 5th year in the Electric Picnic. The stage boasts the most eclectic line up that you can find at the picnic.

·      Rónán and his band The Occaisionals are playing in The Electric Picnic this year.

·      Seanan’s leg is nearly healed – for those that were asking. He hopes to be weight bearing in the next fortnight!

·      Dee’s Manorhamilton Rock School was another mighty success! It was the fourth year it was held and it did what it was supposed to do – rock out!!!!

Phrase of the Month