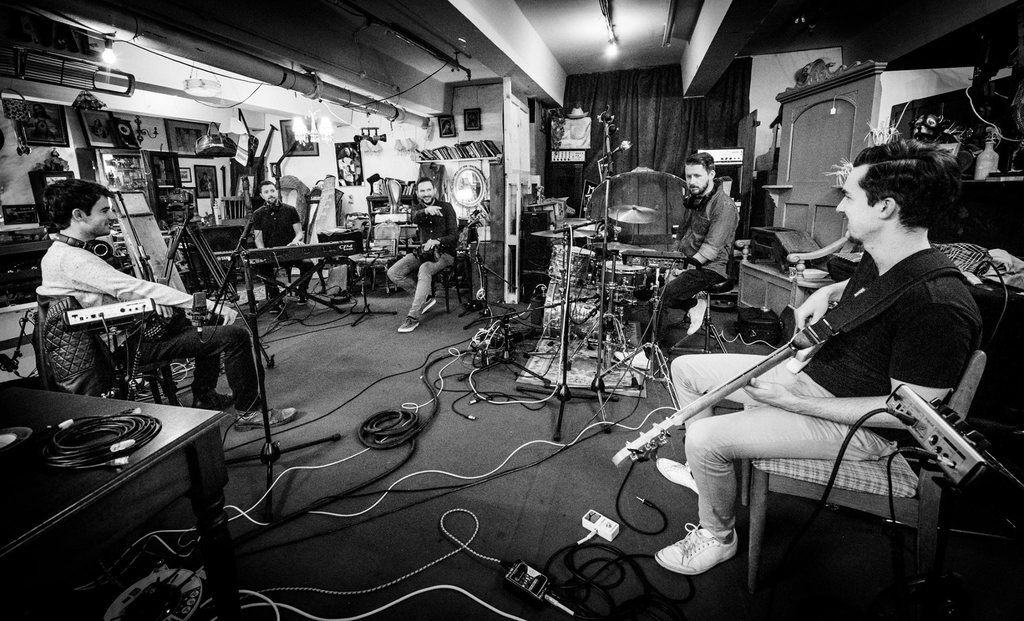 “We have decided not to release albums any more. We are going to release a track every few weeks, and will effectively be giving our music away for free. We are not investing financially like we used to because there is no longer anything to be gained financially from selling music. It’s a dead game. I have been speaking to musicians and bands across many genres over the past few weeks and all are saying the same thing. It just so happens that we at NOTIFY have been setting a plan in motion over the past couple of months on how to stay current and not let it kill us off too.”

NOTIFY seamlessly fuses a deep knowledge and respect for musical tradition with forward thinking innovation in a tasteful way that connects with audiences worldwide. The formation of musicians from backgrounds in Jazz, Traditional Irish, Electronic, Pop and Funk music has naturally established a system of balance that instantly draws listeners to the music.

Their new single is called “The Aud”, and this time around there will be no album to to accompany it. They have instead decided to release this track now, and other new tracks over the coming weeks/months. Recognising the dramatic decline in album sales over the last couple of years they say the costs of recording, producing and manufacturing music in this way is no longer in step with the the way music is consumed.

“With an album, you make it, publicise it, and it disappears after a few weeks. All the hard work from the previous year or so of making it comes and goes so quickly. You find you are suddenly old news and the album disappears from people’s minds. By releasing a track every few weeks, you can stay more current and stay in people’s focus for a longer period than with a conventional album release.” “The Aud” has to date only been released on Youtube. It is free to listen to and as well as listening to it, you can watch the live take that they used for the track. It gives a real feel of being there with the band as they recorded it.

Using the digital world in this way they will continue to grow their audience. Their creativity they say “doesn’t just lie in music itself, but in the parameters of music as a whole.”

This month NOTIFY and double Grammy award winning guitarist Mark Lettieri and his trio collaborate together on a Nationwide tour. Mark Lettieri is best known as the lead guitarist from world famous Jazz band Snarky Puppy. In his trio he has JT Thomas on drums and Wes Stephenson on Bass.

You can catch NOTIFY and the Mark Lettieri Trio in Dolans Warehouse, Limerick on 15th November, Monroe’s of Galway on 16th November, Glor in Ennis on 17th November, William Kennedy Piping Festival in Armagh on 18th November, The Mac in Belfast on 19th November and Culturlann Ui Chanain in Derry on 20th November.