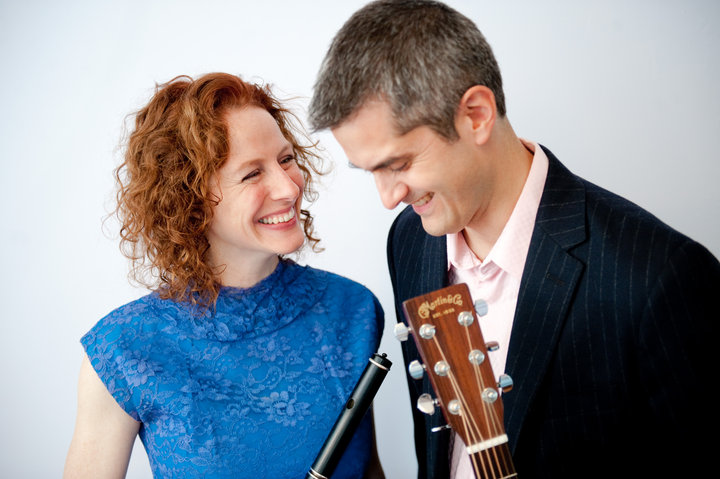 Tell You In Earnest is the new album release by Matt & Shannon Heaton from Boston. Its their 5th album featuring 10 new songs that are centered around the theme of conversation.  This is a novel approach because not only does it give the album a strong identity, it also draws you into the story within the songs.  This theme evolved from Matt & Shannon's own belief that music is essentially about conversation. They state in the liner notes that they "value dialogue be it at home or in the studio" and they have channeled this conversational approach very neatly into the album, giving it a very coherent feel.

The conversations take place between a variety of characters.  You have the conversation between lovely Annie and her captain Johnny ( Lovely Annie ), a mother and son ( Mrs McGrath ) and two would be lovers Jane and Edward ( Gallant Hussar ).  Gallant Hussar is included below as the first track that you can listen to from the album.  To further enhance this theme of conversations Matt & Shannon also created a number of short videos explaining the story behind each song as part of their promotion of the album which can be found on youtube We asked Shannon what is it about a song that attracts her to it in the first place. “Making music”, she says “is about having something to say - as a starting point. And then listening to the people you’re playing with, as they respond and guide the conversation into other threads.” From there she says you have to in turn respond to that, or go along with it.  “Putting together an artful, engaging arrangement of any song (or even set of instrumental tunes) is about allowing the music to really go somewhere. It might be about bringing out a melodic idea that you develop or alternatively a textual/story idea with melodic breaks, rhythmic feels, inventive chord shapes etc. Doing this with great story songs can be rich and rewarding.”

thanks for doing this, Tony!