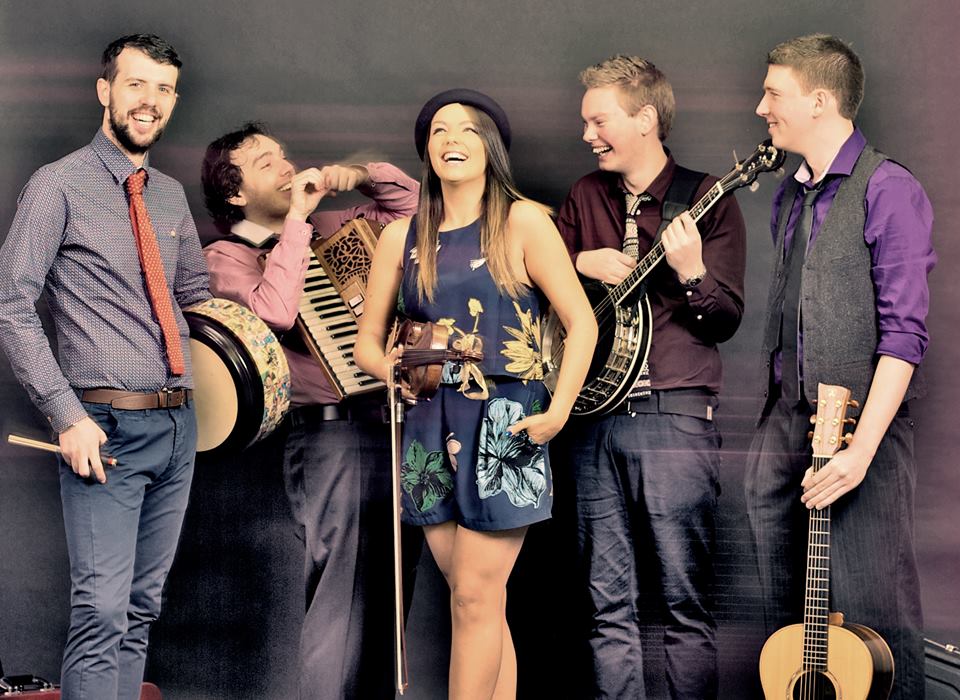 Goitse are back and Tall Tales & Misadventures is their brand new album.  We saw them nearly a year ago at an intimate gig in Dublin where they were starting to road test some new arrangements.  Over the course of the summer they undertook a tour of the US and Europe.  In the process they tested a lot of their new material and the feedback helped them shape the album.  Band members include Tadhg Ó Meachair- Piano, Piano Accordion, Áine Mc Geeney - Fiddle & Vocals, James Harvey - Banjo & Mandolin, Conal O' Kane - Guitar & Banjo and Colm Phelan - Bodhrán, Percussion. This is their 3rd album and follows on the fantastic Transformed album from 2012 and their self titled debut in 2010.

In all there are 11 tracks with a significant number of self compositions that display the bands growing confidence. Songs include Carrick A Rede which Áine learned from Cathie Ryan and Tá Sé 'na Lá, a song learned from Eithne Ní Uallacháin. Guest musicians include Kieran Munnelly and Martin Brunsden.  As with all our Official Album launches we have the very first listen to a track from the album.  Its also the first track on the album and is called Tall Tales.  The tunes included are called My Former Wife/The Mystery Inch/The Dregs of Birch. 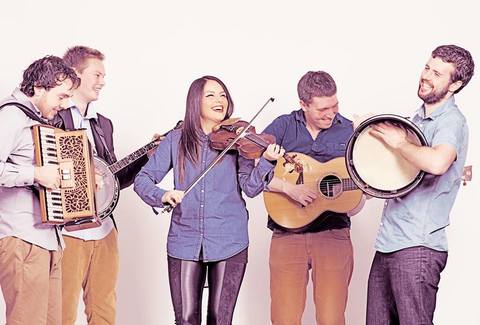 We spoke to Tadhg Ó Meachair about the difference between this and previous albums.  "I think the approach is still similar in the sense that it is still distinctly the Goitse style" he said. "However, as musicians, two years of touring since the last album has definitely matured and developed us in ways that will undoubtedly play a part in the approach. That is probably easier to decide from outside of the band in fairness though! Stylistically, the only things that I could see as different would be that we've opted for more up-tempo songs than the slower ballads, although we haven't moved away from them completely. I guess this is probably down to the lively nature of our shows, particularly at festivals, where it is nice to keep the up-tempo vibe going for longer stretches at a time than we would in more intimate settings.

I suppose we're really just trying to get some fun across in this album, as well as incorporating some of the influences and experiences that have informed our music in the last while."

This time around Goitse have produced the album themselves and Tadhg feels that this really developed other sides of their music.  "Producing this album ourselves was definitely a challenge in some ways, although we seemed to be pretty much on the same page at all times in fairness, so there wasn't any issue in that sense. It was just a bit more responsibility and probably meant that we had to be listening with a sharp ear at all times. I don't think any of this slowed down the process though, just gave ourselves and Seán Horsman, the engineer, extra reason to listen to everything in great detail."

Some more sound samples from the album.