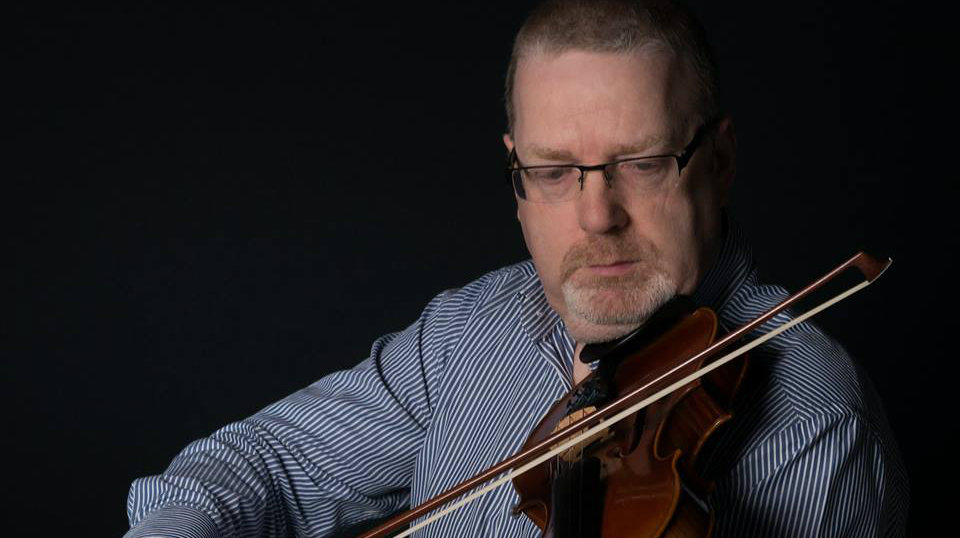 The Sugar Loaf is the debut recording by Manchester fiddler Kevin Madden. An All-Ireland senior fiddle champion from 1996 he would not be a recognised name as such on the traditional music scene outside of his hometown.  However that may change based on the quality of this recording because it sets a standard and approach to fiddle albums that is gloriously uncomplicated and laden with charm and finesse.  As a young musician he was influenced by early recordings of Kathleen Collins, Liz Carroll, Tommy Maguire, Finbarr Dwyer, Joe Cooley and others and their imprint on his own style and approach is evident. The fast and the furious has been jettisoned for a measured and intuitive style of fiddling that concentrates on the clarity of the melody with a driving rhythm that pushes the music along.  Like those early recording he strikes a perfect balance of sound with the piano accompaniment of Gerry Conlon. Never a dual, always a dance, they match perfectly the mood of the music and simply stroll their way through some great sets.

The album name The Sugar Loaf refers to the Mountain adjacent to his mother's original home in Kilmacanogue, County Wicklow. It was the first sight his mother Bernie would see every day from her back garden and it holds a special place in Kevin's thoughts. Emigration brought her to Manchester where Kevin aged 8 was first introduced to the fiddle.  Numerous Junior and Senior All Britain titles came his way before his senior All-Ireland win. His influences grew following a decade in London on the busy session circuit where he also pursued his love of Ceili band music, playing with The Knocknagow in London and The Manchester Ceili Band and St Malachy’s back in his own hometown.

The album features 13 tracks in total with a good collection of traditional standards.  He is joined on the recording by Gerry Conlon - piano & accordion, Bernie Roberts - concertina, John Joe Kelly - bodhrán, Mike McGoldrick - flute, Noely Ryan and Tim Edey - guitar and Pat O' Reilly - bouzouki.  He keeps the accompaniment sparse and never lets it intrude too much on his singular vision of how a fiddle album should sound. As part of this launch we spoke to Kevin about his steady and even approach to his music in an age when speed and complexity, especially in sessions, seems to be the order of the day.  Wise word spoken long ago come back to inform him of what the key to great music is. “My teacher always told me to play what was between the notes, hinting at ornamentation and variation of the bars, and I did find the recording process gave me the opportunity to step back, listen and make sure I was doing just that” he says. “I do think that it helped me improve my music and fiddle playing in general. I just let the tunes flow and in the process the rolls and other ornamentation found their own clarity. I also had Gerry Conlon with me on the piano and accordion which was critical to the eventual sound that we achieved.  We have been playing together for nearly 30 years and he is a massive player on the feis scene, where timing and speed are the absolute drivers and not so much the ornamentation of the tunes.  Having him with me and using that theory to the benefit of the music really helped and hopefully that comes across on the album.”

To qoute from the presentation above: "gloriously uncomplicated and laden with charm and finesse." Very true indeed!