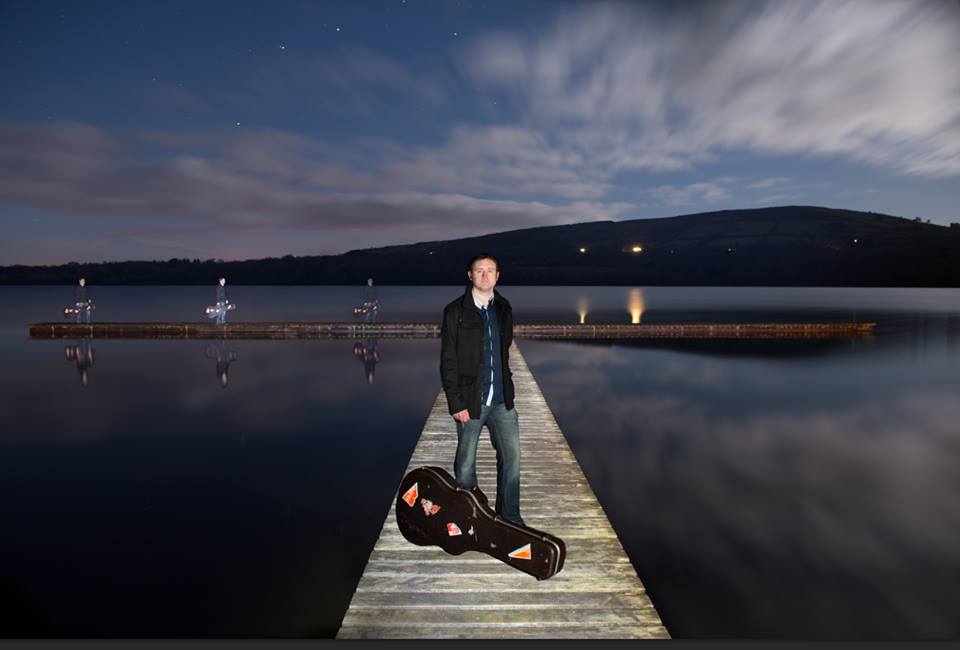 Welcome to the Tradconnect Official Album Launch series.  For members and readers this series of articles will introduce you to a new traditional album for the first time. We are working with artists to bring a little bit more excitement to the “online launch”.  The first time you share a track from a new recording with your fans and audience is important and we are delighted to bring new exclusive tracks to our many members and readers.

The Waylaid Man is the new album release by Michael Mc Cague.  Together with some great guests that include Dónal Mc Cague, John Mc Sherry, Oisín MacDiarmada, Brian McGrath and Nollaig Casey he presents 13 new tracks that feature over 30 of his own compositions.  Included below is the first track available to listen to from the album.  It’s called Other Times, Other Places/Take’er back a bit/Great minds seldom differ.  Its a great introduction to the album and gives you a real flavor of what’s in store.

Michael has always been in high demand as a guitar accompanist and has appeared on dozens of albums. He has worked and continues to do so with groups like John Carty’s At The Racket and At First Light a group established by John McSherry and Donal O’Connor. This recording however takes him into new territory as he presents music that he has been writing over the years.  The combination of McSherry and fiddlers Mc Cague and MacDiarmada really work well with some exceptional compositions and arrangements.  He shows restraint in the mixing with the tune and arrangement taking preference over any individual showmanship. Instruments come to the fore when they support the narrative and direction of the compositions.  It’s all traditional with the exception of one eastern flavored track that shows a wider musical palate.  A project like this required a strong belief in the music and there is no doubt that his compositions sit very easily within the traditional repertoire.  There are some startlingly good tunes throughout and your ear rests very easily on some new melodies that have a timeless quality to them. We spoke to Michael as part of an interview we are undertaking and asked him about the composition side of his music.

“I think it’s different for everyone because it’s such a personal thing” he said. “For me, I just never considered myself as being of that mould very much until recently. It nearly would seem presumptuous to think of oneself in that way. I just had a voracious appetite for music of any kind and I suppose it just all eventually spilled over into writing snippets of melodies.

For me, I’ve spent years playing melody instruments before I even played accompaniment. I played fiddle, banjo, concertina and whistle and, as such, I had an innate understanding of the music without feeling the need to “understand it” if you get me? I didn’t worry about what it should be and just accepted it as it happens, as do all my friends. Because of that, I could learn and absorb without fear of being “wrong”. I also gained a fairly good insight into the sensitivities of each instrument from playing them and accompanying them.”

To Download the Album or to listen to additional samples click on either iTunes or CDBaby below.

To order a physical copy visit www.michaelmccague.com where you will find a store.

A great album, from a musician who has really invested an incredible amount of time and energy over the years in engaging with music and developing his abilities. Congratulations Michael. An Bhoth abú!

Great to be involved and a pleasure to feature on tracks with Brian McGrath on banjo and John McSherry on pipes. Looking forward to the launch on Saturday with John, Michael, Darragh Murphy and Ryan O Donnell. Adm only 5 pound in the Culturlann on the Falls Road from 7:30 pm on. Promises to be one of the great nights! www.culturlann.ie

Great stuff best of luck with the album!

Congrats to Michael AND all involved