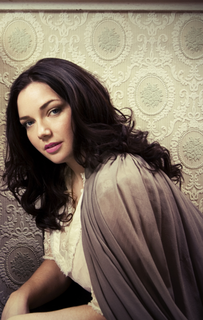 It refreshing to see that TG4 are bringing in some new talent to head up their new Bosca Ceoil programme that starts filming next week in Monroe's in Galway.  We wrote about this a couple of weeks ago when they had a call out for audience members to attend.  Recording takes place on April 7th - 11th and TG4 have announced that the presenter will be Pauline Scanlon who is best known as a member of Lumiere with Éilís Kennedy.  They have made quite a name for themselves of late and their latest album My Dearest Dear has built on their strong debut and propelled them from their Kerry roots to the world stage.

Pauline's voice has been described by The Irish Times as “a superb mix of china cup fragility and steely strength”- Hailing from the strong West Kerry tradition of song, she has the ability interpret her physical and emotional landscape. She has released 4 albums all to critical acclaim, 2 solo offerings and in recent years and 2 with the above mentioned Lumiere. Over the years she has also performed and recorded with some of Ireland’s most cherished artists including Sinéad O’Connor, Damien Dempsey, Séamus Begley and John Spillane to name a few.

Placing a musician in the presenter role makes perfect sense and will "Jools Holland" style result, we would hope in some more informed, between set chat.  RTE have also recently experimented with this format through a one off Imelda May Show. It worked quite well and despite Imelda's initial nervousness you could see the potential.

Bosca Ceoil according to the press release will "not be a traditional Irish music programme of old.  This fresh new format will excite music fans of all ages. The programme brings together an eclectic mix of famous faces and new artists. It is brought to TG4 by the team behind 2013’s hit series, Fleadh Live. Gifted Empire Productions broke new ground with massive audience ratings for Fleadh Live and was a huge success with their groundbreaking coverage of Fleadh Ceoil 2013 from Derry."

Artists already confirmed to appear in the filming of Bosca Ceoil include: