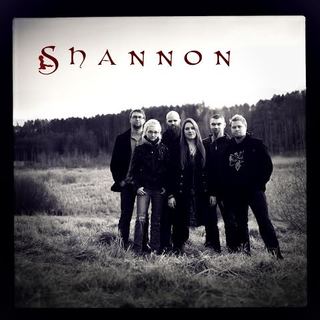 Shannon, a leading Polish band of virtuoso musicians with a passion for Irish traditional music - and just one Irish musician among their six members - are all set to play their first Irish tour. Shannon will perform their thrilling blend of Irish and Celtic music in McHugh’s, Drogheda, on Friday, July 10 and Whelan’s in Dublin on Sunday, July 12.

“To perform in Ireland is something of a dream come true for Shannon,” said guitarist Oisin Dillon, the band’s only Irish member, who hails from Bettystown, County Meath.

Shannon got together in 1994 in Olsztyn, Poland, where the band are still based.  Over the last 20 years they have built up a great reputation in Poland where they have many fans and each year they play over 100 concerts across Europe.“To play together in Ireland has long been one of our ambitions and now that dream is coming true. My Shannon colleagues are really looking forward to performing in the country whose music they love so much.”

Shannon was founded by multi-instrumentalist Marcin Rumiński who has been the band’s guiding musical light over the past two decades. As the name suggests, Shannon look to Ireland for much of their musical inspiration. A major part of the band’s repertoire is Irish, with distinctive arrangements of traditional Irish tunes performed with great musical skill and impact.

“It will be both strange and wonderful for us as Polish musicians to play the music in the place where the music belongs,” said Marcin. “This is what I am most looking forward to, playing for an Irish audience and getting their reaction.”

Each of Shannon’s seven members is a skilled instrumentalist, moving fluently and easily from traditional Irish music to Scottish and Breton music and elements of wider world music genres.

Shannon’s acoustic sound is ideally suited to seated concert venues, though the band has also performed on the big stage at many large outdoor music festivals throughout Europe.

The band’s deep love and passion for Irish music, and their obvious understanding of the subtleties of the genre, has won them the recognition of lovers of folk and world music in Europe and beyond, as shown by the multitude and variety of festivals where they have performed. Source : Band PR