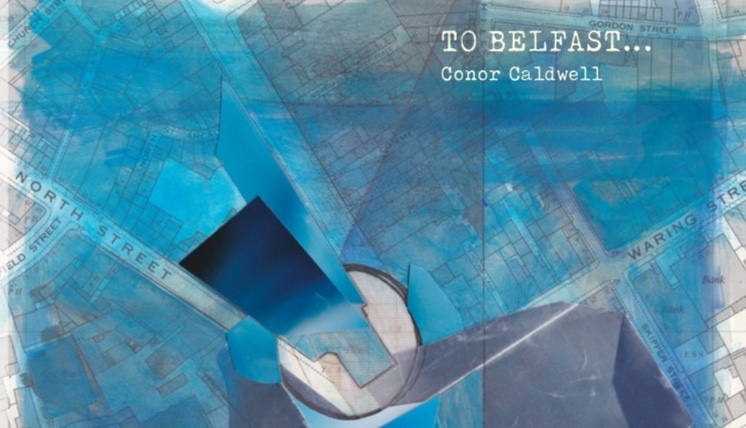 “To Belfast...' is a progressive take on the music of a bygone period. Stark solo playing is coupled with electronics and loop pedals to unveil new perspectives on the musical foundations of Belfast. Based on extensive study of the collections of Edward Bunting (1773–1843), the recording is old music, reimagined for a new city.

In crossing the boundaries between classical, folk, and electronic styles of music, as well as new poetry and shimmering soundscapes, 'To Belfast...' plays with the listener's expectations of Irish music and suggests new creative directions for the future.

Conor Caldwell is a traditional fiddler and composer from Belfast. His music takes a contemporary approach whilst remaining reflective of his roots in the Donegal and Northern fiddle tradition. Exploring the capabilities of the fiddle and through the use of electronics, he creates music that is spacious with harmonies and accompaniment sympathetic to the old and original tunes he plays.

Aside from his solo work, he plays in a duo project with fellow fiddler Danny Diamond (Slow Moving Clouds), with whom he released the critically acclaimed album NORTH in 2016, nominated by the Irish Times in its 'Best Traditional' category for 2016 and described by Musical Traditions as 'an impressive, highly-enjoyable and illuminating achievement'. He has also toured as a member of Craobh Rua since 2009, performing across Europe and the USA.

Conor is a current recipient of the Moving On Music Emerging Artist Programme and ‘To Belfast…’ was funded by ACNI. Conor is also a tutor and traditional music researcher with a PhD in musicology from Queen’s University Belfast. He has had a number of articles published and has been involved in projects such as ‘The Irish Song Project’ and ‘The Long Road to Glenties’.

The album can be purchased from www.conorcaldwellmusic.com and can be downloaded from Bandcamp.

The album is also available to radio broadcasters globally who are members of our Download Centre. Contact us for details.