Raining Notes - 'A remarkable and varied collection', from Enda Seery 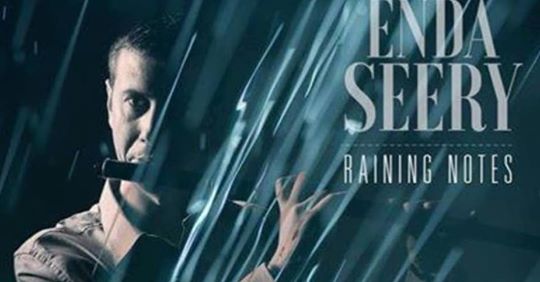 Raining Notes is the new album release from Enda Seery, a musician, composer, singer and teacher from County Westmeath, Ireland. This is Enda’s third solo album release following on from his critically acclaimed albums The Winding Clock (2010) and Síocháin na Tuaithe: Peace of the Countryside (2013).

Enda grew up with music, song and dance from an early age with his musical siblings Ciarán (button accordion), Siobhán (flute) and Pádraig (fiddle) all gaining a reputation for their musicality and tradition as part of The Mona Dubh Céili Band. Indeed the areas of Streamstown and Castletown Geoghegan are steeped in the tradition with well-known musicians, the late John John Gannon, his father James Gannon and Billy Whelan (The Whistling Postman) all coming from those areas. Recently Enda’s cousin Colin Nea, All Ireland Champion Button Accordion player and Davy Joe Fallon of the well-known Céilí band Davy Joe and Carousel have brought Westmeath’s tradition of Irish music, song and dance to the fore to an even wider audience. Enda Seery, of course, is very much part of this.

Raining Notes is a varied collection of original and traditional Irish tunes with eight tracks on flute from Enda and five on whistle. The accompaniment is provided by John Byrne on guitar and Aidan Guilfoyle (also the Sound Engineer) on double bass.

This is track 1 from the album featuring the slides The Smell of Freshly Cut Grass / Kelleher’s / The Derravaragh.

The title of the album refers to Enda Seery as a composer with notes in his head and also the fact that Raining Notes was recorded at Rainwater Studio in Kilbeggan, Co. Westmeath.

Flute and whistle virtuoso Kevin Crawford said that “Enda’s gift for composition combined with his ability to seek out similar gems from his contemporaries make this quite a remarkable and varied collection”.

Fiddler and composer Maurice Lennon of Stockton’s Wing fame says that ‘Timing is so important in everything we do and the way in which Enda allows each note time to breathe is something rare and very special. I particularly enjoy the way in which Enda will play two or three rolls in a row, to bring to the attention of the listener the importance of that single moment in time’.

The album is now available from www.endaseery.com/store